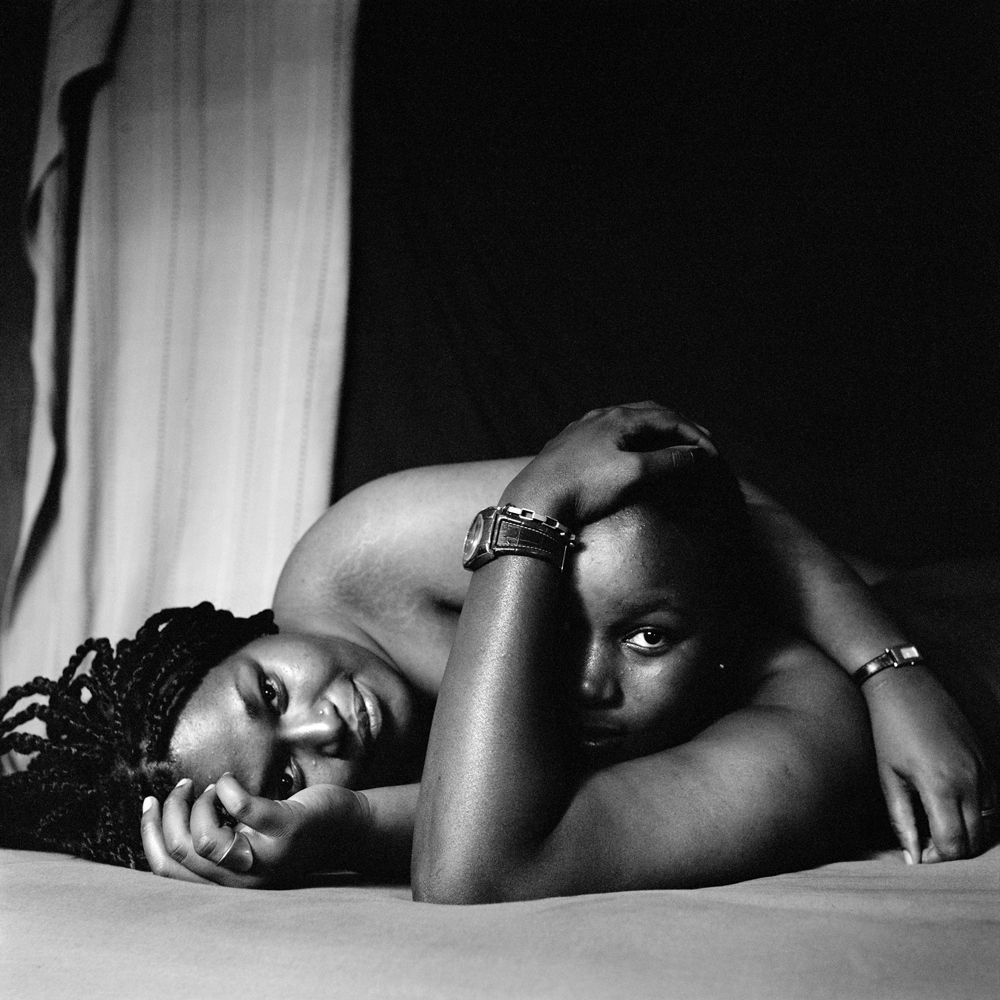 Internationally recognized South African photographer and visual activist Zanele Muholi bears witness to the experiences of black lesbian, gay, bisexual, transgendered, and intersexed (LGBTI) individuals from South Africa and other African countries. In a social context in which homosexuality is often perceived as un-African and an affront to national identity, her photographs provide affirming depictions of same-sex intimacy and desires. In this exhibition, three of the artist’s widely acclaimed photographic series are joined with documentary footage created by Ikanyiso, a media collective founded by Muholi in 2009 to further confront discrimination and broaden the visual representation of black queer life.

Over the past few years, the South African LGBTI community has commemorated many victims of hate crimes – some maimed and others who later succumbed to HIV-related illnesses. Faces and Phases (2006–ongoing) captures the friends and acquaintances of the artist in self-assured stances that boldly confront the ostracism, systematized discrimination, and violence that threatens them. The most recent photograph in the exhibition was taken in Williamstown in October 2013 and depicts Beyoncé Karungi, a Ugandan transgendered activist visiting Williams at the invitation of the Economics and Women’s, Gender & Sexuality Studies departments. Muholi and Karungi, who had met previously, serendipitously crossed paths again here and the result was a fruitful collaboration.

A departure from the more solemn and private photographs of queer women, Beulahs (2006–2010) is comprised mainly of color photographs of young, fashionable transgendered and gay men whose gestures and style of dress blur the lines between masculine and feminine expressions of gender. In Mini Mbatha Durban, Glebelands, Jan. 2010, a young femme gay man dressed in a black miniskirt with brightly colored combs reminiscent of a feathered headdress poses coyly before a bleak concrete wall. In this and other portraits in the Beulahs series, Muholi’s juxtaposition of stylish men with harsh surroundings suggests that the stakes of publicly asserting their queer identities are quite high.

In a society where violent acts against women, such as “curative” rape, are practiced as a way to “treat” lesbianism, Muholi’s Being series (2007) daringly depicts love and eroticism between women. The sensual representation of entwined bodies in Apinda Mpako and Ayanda Magudelela, Parktown, Johannesburg, 2007, for instance, confronts normative ideologies and social institutions that strictly privilege heterosexual representations of intimacy.