As Above, So Below - Robert Mapplethorpe 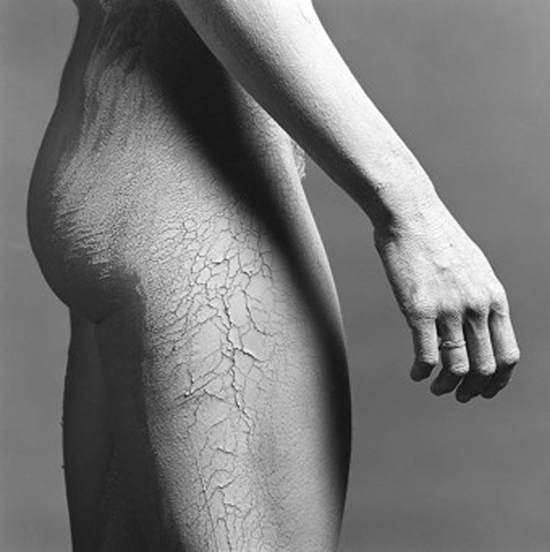 OHWOW is pleased to announce As Above, So Below, the gallery’s first exhibition of Robert Mapplethorpe’s work, on view February 28 through March 29, 2014. This thematic exhibition, based on theoretical concepts of achieving visual equity and superseding artifice through method, presents more than 50 of Mapplethorpe’s images, including silver gelatin prints and polaroids, which reveal a novel interpretation of the artist’s practice – some are unique works, and many have rarely been shown.

The phrase “as above, so below” refers to a Hermetic principle, which suggests that whatever happens on one level of reality also occurs on a separate level. The idea relates to the ancient Greek concept of microcosm and macrocosm, which recognized that patterns reproduce on small and large scales. Whether understood as reflection or repetition, the philosophy provided a rational explanation of a unifying theory, and the Greeks devised a way to measure it: the golden ratio. Approximated within many works of art, artists would use this equation to achieve aesthetic perfection.

The “as above, so below” concept posits humankind as a midpoint of the cosmos. The characteristics of an individual who embodies this maxim epitomize one who transcends duality by bringing things out of the darkness into the light, exploring the world in order to master it. Commonly misconceived as esoteric, the true purpose of the message is to communicate a collective unconscious and mutual accord, not to deliver judgment or affirm dogma.

Considered from this perspective, Robert Mapplethorpe’s work and his artistic motivations suggest that he employed a particular method; the symmetry and compositions achieve a sort of proportional perfection, as outlined by the golden ratio theory, but they also translate unification between ideologically opposing subjects. Attempting to persuade that a shared aesthetic exists between photographs of what some consider obscene and what most agree to be beautiful – that they both embody visual perfection – may only resonate to others as a viable argument if geometry is considered.

Supposing Mapplethorpe observed shared traits in the subjects he coveted, perceiving that duality is an illusion, and motivated to communicate this understanding by bringing those revelations to light, then he personifies the maxim. As Above, So Below does not attempt to mitigate images by contrasting themes; the exhibition aims to illustrate the artist’s mastery of a visual realm by narrating this theoretical focus.

Robert Mapplethorpe is one of the most widely recognized American photographers of the 20th century, known best for his stylized images, including portraiture, nudes, and still life. After studying drawing, painting, and sculpture at Pratt Institute in the mid-60s, he began experimenting with various materials and assemblage, later incorporating polaroid prints into his collages. During the 70s, Mapplethorpe became primarily focused on photography, using a medium-format camera, increasingly interested in documenting New York’s subculture scene, as well as the friends, artists, musicians, and various people he was acquainted with. Throughout the early and mid-80s, he produced a wide collection of images that simultaneously challenged and exemplified classical aesthetics, while introducing different techniques and formats, including large Polaroids, photogravure, Cibachrome, platinum, and dye transfer prints.

Exhibitions of his work in the late 80s, often controversial in content, sparked debates about public funding for the arts, censorship, First Amendment rights, and broadly, what defines art. His work continues to be the subject of numerous gallery and institutional exhibitions, and is included in the public collections of major museums throughout the world, such as the Guggenheim Museum, The Whitney Museum of American Art, LACMA, and the Getty Museum.