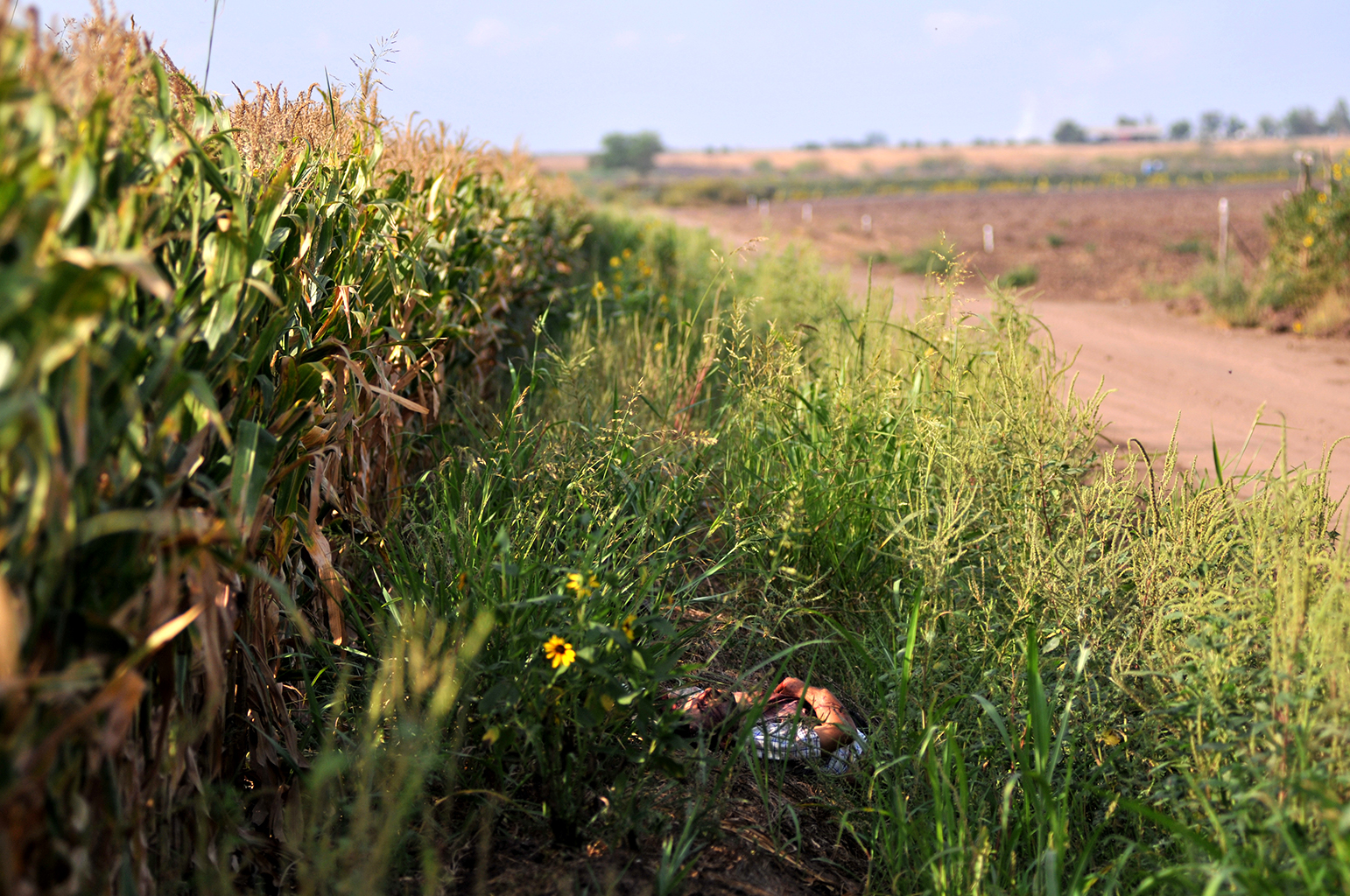 As a photojournalist living and working in Culiacán, Mexico, artist Fernando Brito has witnessed countless human casualties of drug-related violence. While photographing crime scenes for Culiacán's El Debate newspaper, Brito also began creating images for his series, Your Steps Were Lost in the Landscape, in order to provide a more nuanced look at the increasing violence in his hometown. Brito intentionally frames each recent murder he encounters within the larger landscape, at times blending the scene so seamlessly that, at first glance, one might miss the presence of a body entirely. While the stunning colors and scenic compositions of these large-scale prints initially soften the blow of seeing decaying corpses, the anonymity and space surrounding the deceased only temporarily distances the viewer from the uncomfortable notion that these people could be anyone and everyone at the same time.

« The idea of this project is to show a person lying on the ground, a person leaving his family, and relatives grieving over his loss. It attempts to prove that a human being is not just a number and to show that something is wrong, that this sort of death is not normal, and to try to increase people's sensitivity. » 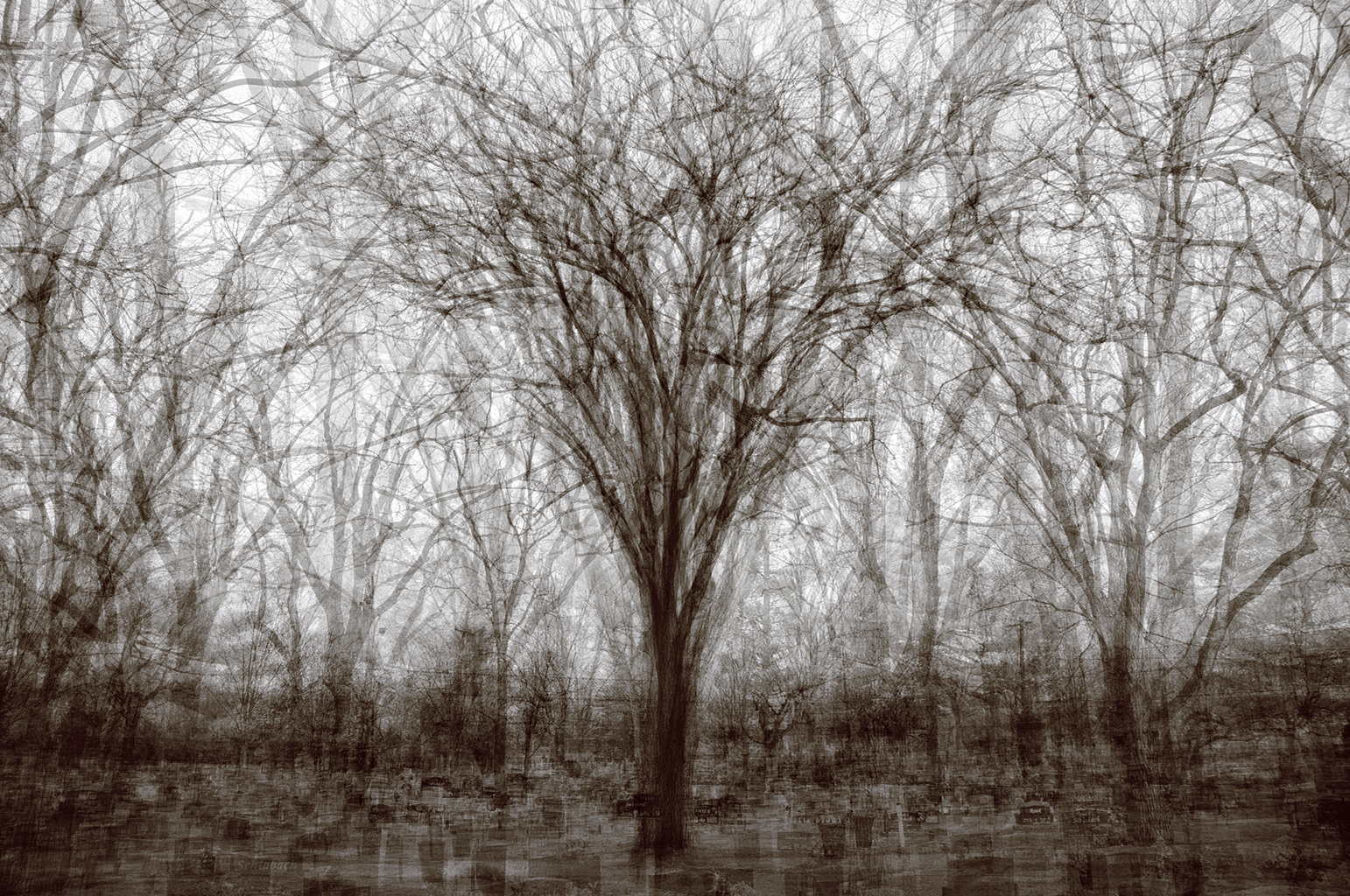 For artist Kent Krugh, photographing trees takes the form of a spiritual quest to understand the mysteries of these living organisms, and by extension, how we relate to them. Each monochromatic image in Krugh's series Inside the Gate is a digital composite of eight to eighteen separate photographs of a single tree and its surroundings. The many layers of visual information leave ghostly traces in the periphery, while the trees remain the focal points of each frame. Through Krugh's lens, we are transported to a new dimension where time and space collapse, and where he hopes we can begin to see the natural world from an almost divine perspective.

« When I select and emphasize the individual tree, my intention is to open a gate and allow the viewer to listen and explore, and perhaps relate to the central figure in ways not before understood or realized. Similar to us in its branching, arterial-like symmetry, is there another way to appreciate a tree? John Ernest Phythian reminds us that 'It is not by pretending the trees to be human that we can become and continue keenly interested in them but by seeing and feeling both their likeness to us and their difference from us.' Why are we so similar and why are we drawn so to the tree? »