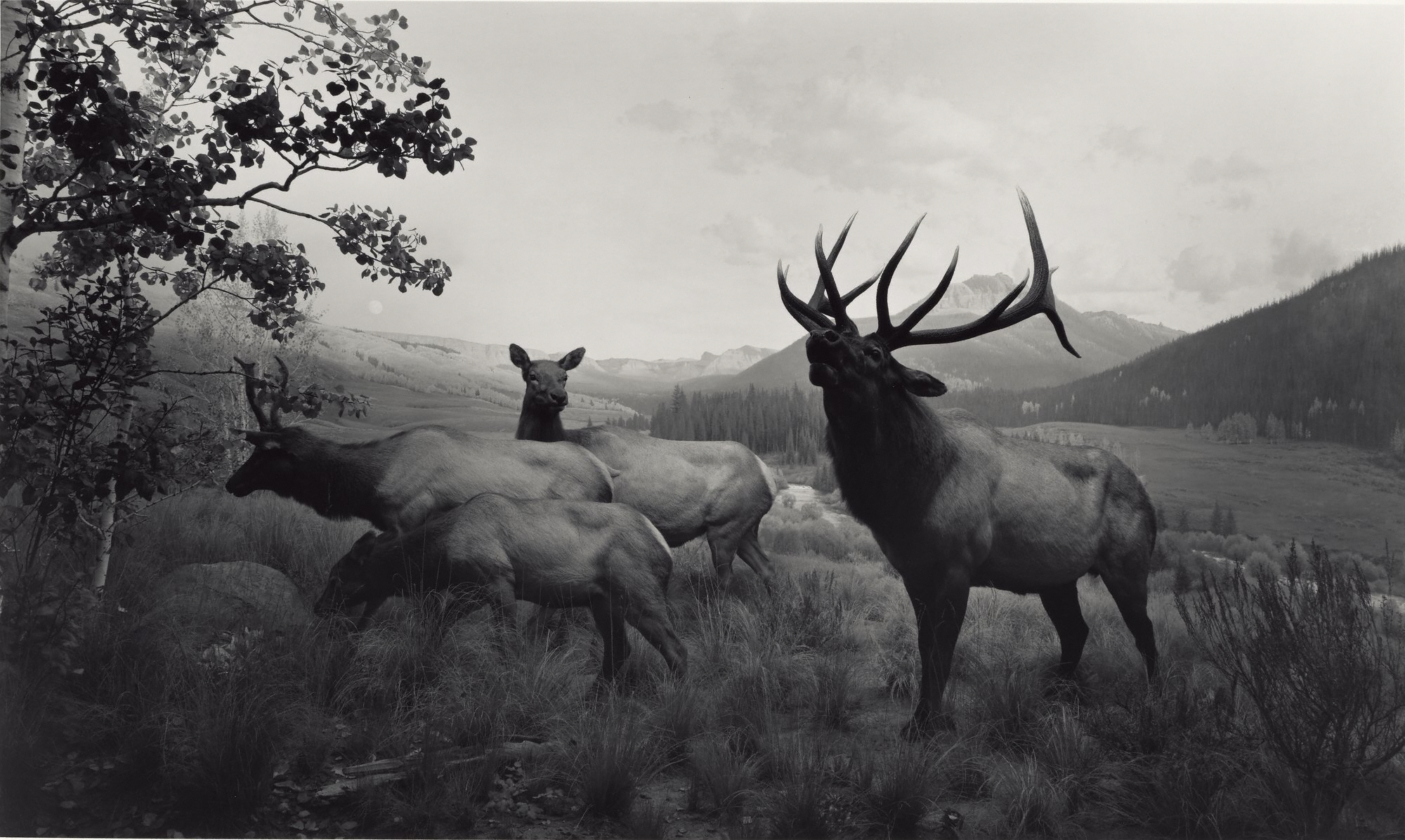 LOS ANGELES – Since the mid-1970s, Hiroshi Sugimoto (Japanese, born 1948) has used photography to investigate how history pervades the present. Featuring photographs of habitat dioramas, wax portraits, and early photographic negatives, Hiroshi Sugimoto: Past Tense, on view February 4–June 8, 2014 at the J. Paul Getty Museum, Getty Center, brings together three separate bodies of work that present objects of historical and cultural significance in the collections of various museums. By photographing subjects that reimagine or replicate moments from the distant past and diverse geographical locations, Sugimoto critiques the medium’s presumed capacity to portray history with accuracy.

« This exhibition presents work that inventively reframes objects from the collections of a variety of museums, including from our extensive holdings of prints from the early days of photography, » explains Timothy Potts, director of the J. Paul Getty Museum. « Mr. Sugimoto has generously donated eighteen prints from his recent Photogenic Drawings series, which reprise a selection of important experiments by William Henry Fox Talbot that are in the Getty Museum’s collection. » 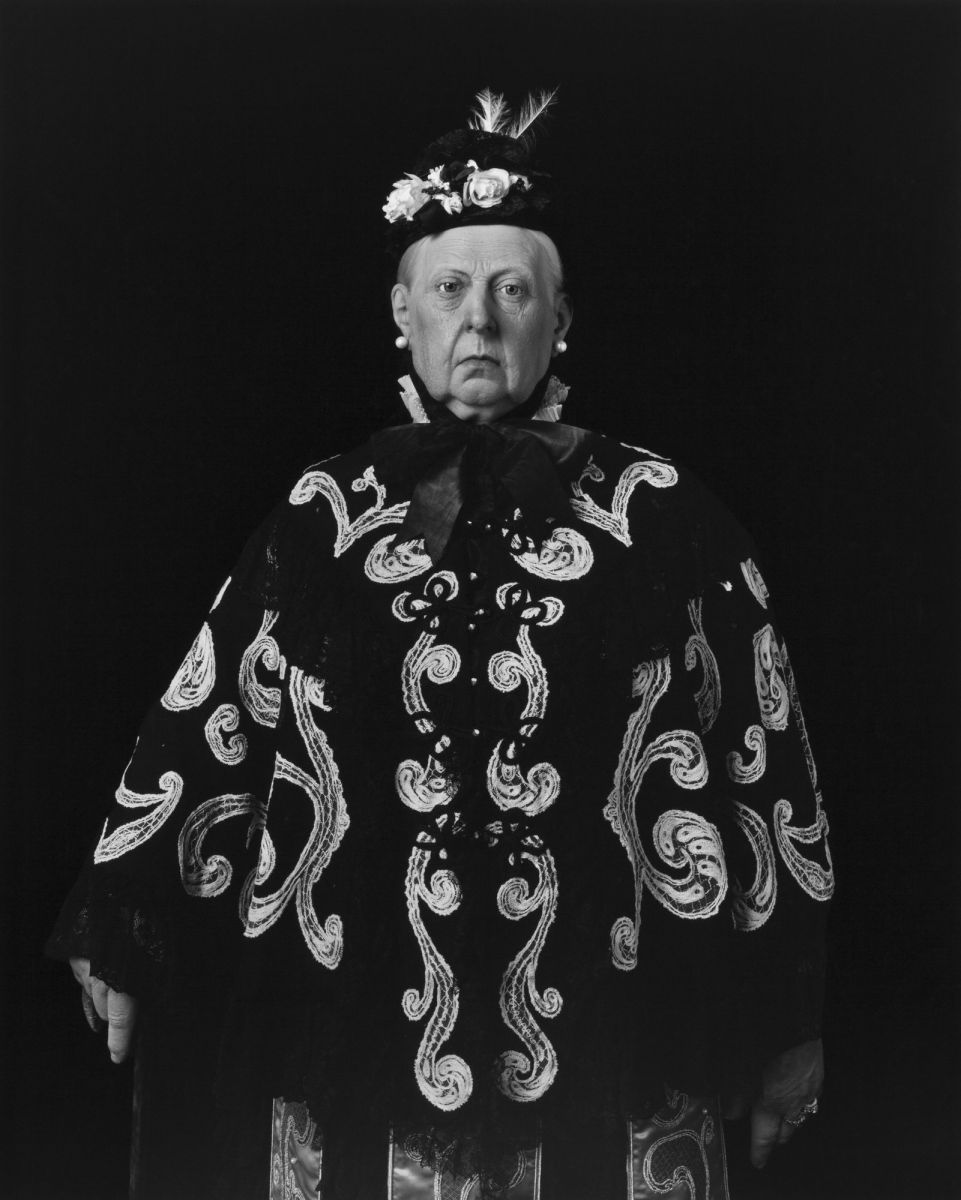 Sugimoto’s meticulously crafted prints are the result of a rigorous working method that includes extensive preparatory research, the use of a large-format view camera, and long exposures. Each of his projects is rooted in a sustained exploration of a singular motif and often carried out over many years. The exhibition will present a selection of prints from three bodies of work, Dioramas (1975–1994), Portraits (1999) and, his newest series, Photogenic Drawings (2008–present). 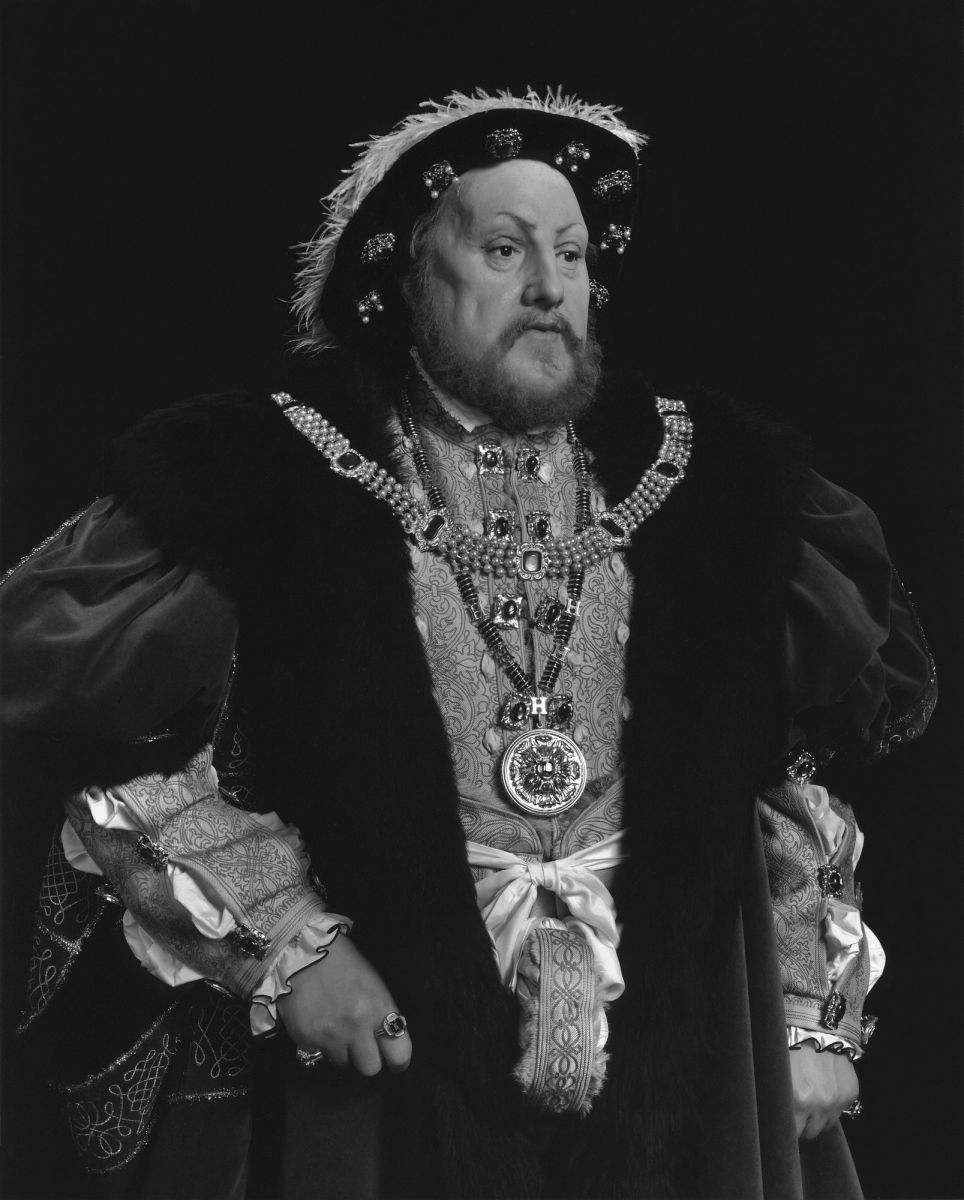 The diorama was first introduced in Paris in 1822 by the stage designer Jacques Louis Mandé Daguerre (French, 1787–1851), who later developed the daguerreotype photographic process. Situated in a darkened room, the first diorama consisted of a large painted scene on a semi-transparent curtain that was illuminated by the opening and closing of skylights and the constant shifting or dimming of lamps to create the impression of movement. In the early 20th century, habitat dioramas in natural history museums became popular, staging creatures in their faithfully replicated “natural” environments.

Sugimoto first encountered elaborate animal dioramas at the American Museum of Natural History after moving to New York in 1974, and began to focus his camera on individual scenes shortly thereafter. Omitting the educational text surrounding each display, the works heighten the illusion that animals such as manatees, wapiti, and sea lions were photographed in their natural habitats. While each photograph appears to be a candid moment captured by an experienced nature photographer, the subjects are – in actuality – depicted in poses they hold indefinitely. 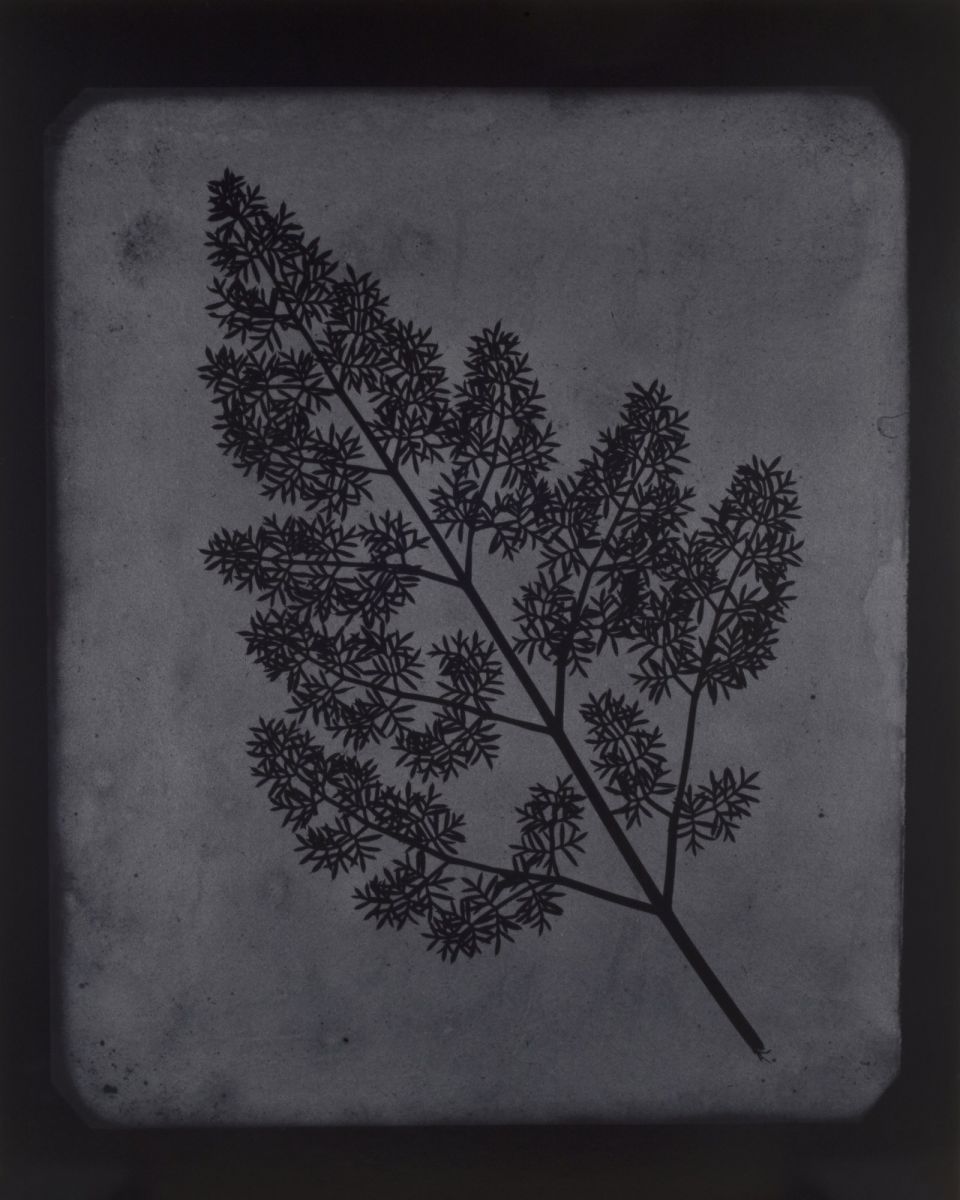 While waxworks have a long history, contemporary wax museums can be traced to the French sculptor Marie Grosholz (French, 1761–1850), who achieved success in the Parisian entertainment market by creating waxworks of popular politicians and cultural figures. After moving to London in 1802, she established a commercial enterprise under the name Madame Tussaud, specializing in the production and display of full-length wax figures modeled after commissioned portraits.

Posed against pitch-black backdrops and framed by the camera in a manner suggesting old master portrait-painting traditions, each of Sugimoto’s subjects was captured with a nine-minute exposure that illuminates the finely modeled expressions and the sumptuous costumes. These life-size photographs record likenesses that have been distilled through multiple reproductions of the original sitter. The source material for the wax figures of Henry VIII and his wives is based on 16th-century panel paintings, while the portrait of Queen Victoria’s likeness is taken from a photograph of her from the 1890s, around the time of her Diamond Jubilee celebration.

“Hiroshi Sugimoto’s photographic practice is deeply rooted in a tradition of image making that was developed and perfected during the 19th century,” explains Arpad Kovacs, assistant curator in the Department of Photographs at the J. Paul Getty Museum and curator of the exhibition. “By employing century-old techniques and turning his lens to subjects and compositions that recreate or simulate moments from the past, Sugimoto intimately connects himself to the historical moments depicted.” 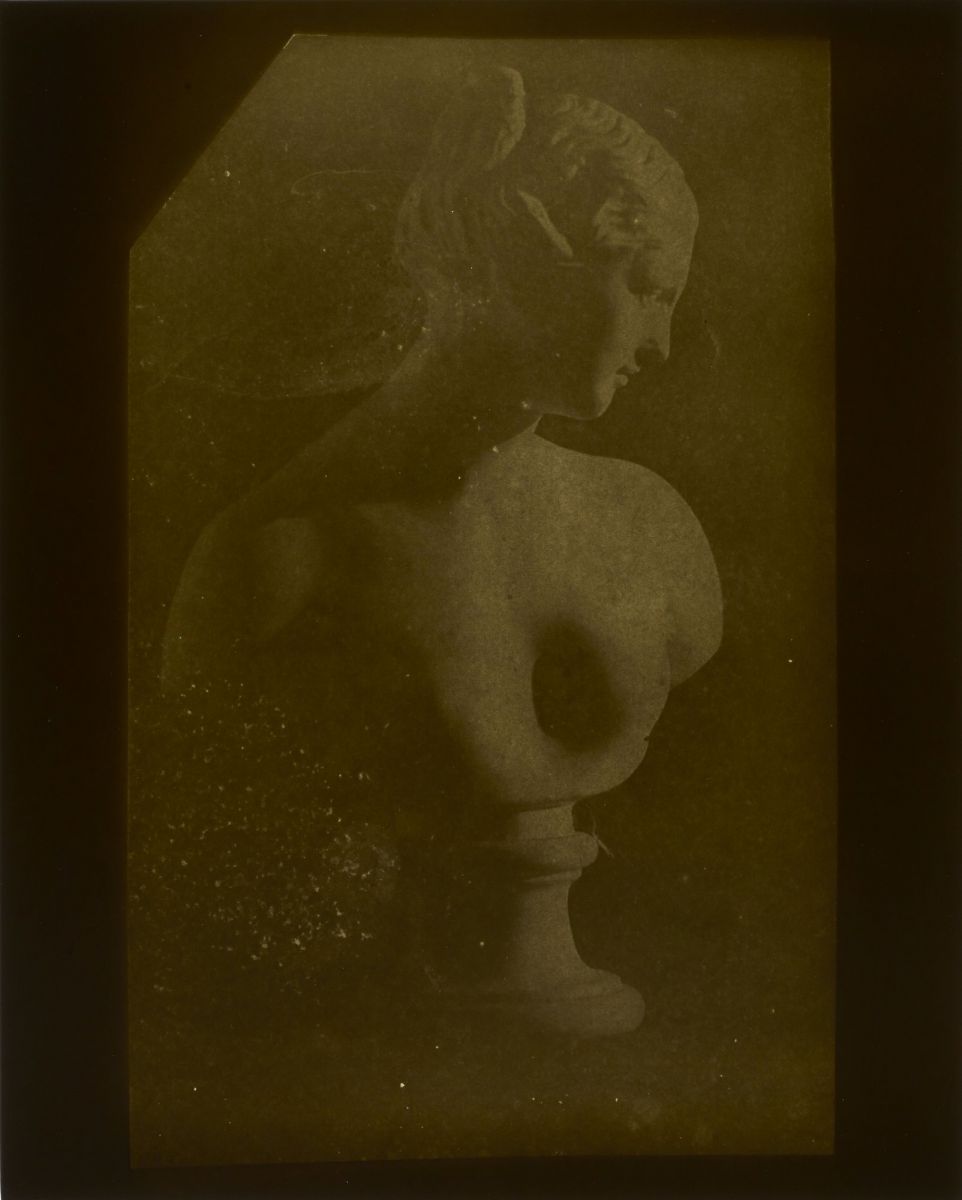 In the early 1830s, William Henry Fox Talbot (English, 1800–1877) began trying to create pictures without the aid of a pencil. After coating small pieces of writing paper with a salt solution and silver nitrate, he successfully captured the outlines of leaves and lace placed on the paper and exposed to sunlight. He continued his experiments with a camera obscura, placing a sheet of paper in this precursor to the camera to produce the first negatives, with highlights and shadows reversed. Talbot called the results of these experiments photogenic drawings.

In 2007, Hiroshi Sugimoto visited the J. Paul Getty Museum to study the earliest photographs in the collection. After photographing some of Talbot’s photogenic drawing negatives, he produced large-scale prints and colored them with toning agents during the processing to replicate the often-bright hues of the original sheets. The scale of the enlarged prints reveals the fibers of the original writing paper, which create subtle and delicate patterns embedded in the images.

The artist’s gift of eighteen gelatin silver prints from his Photogenic Drawings series significantly enhances the Museum’s holdings of work by Sugimoto. His photographic practice, rooted in a serial approach and primarily concerned with the medium’s relationship to the passage of time, has long been an important source of influence for a younger generation of artists. The prints greatly enhance the Getty Museum’s growing collection of contemporary photographs.

Sugimoto will also speak at the Getty Center on February 5, 2014 about his new work, including his Photogenic Drawings.

This exhibition is supported by the Japan Foundation.