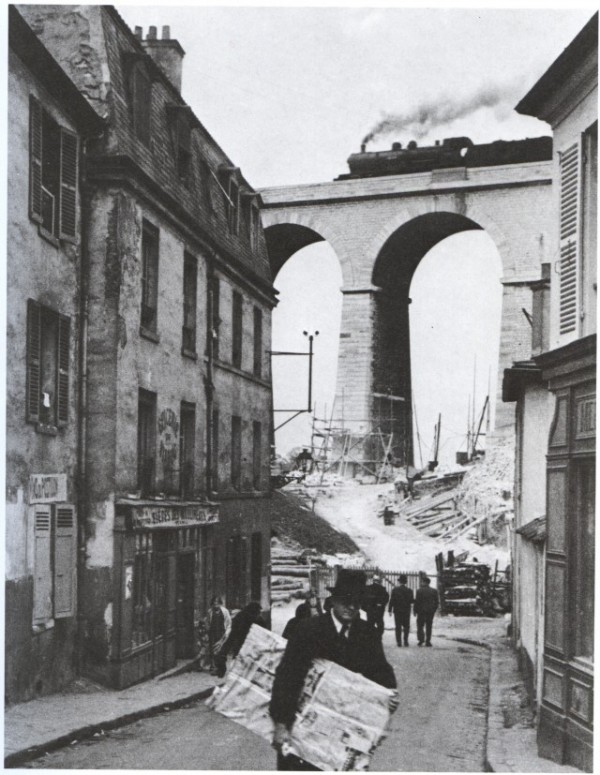 Born in Hungary near the turn of the 20th century, Kertesz the pioneer photographer and Fried, an oil painter and master etcher, were destined to meet and work in Paris, escape the Nazis and the Holocaust and carry on their long and illustrious careers living a half-mile apart in New York’s Greenwich Village. This show evidences their progression, which in essence parallels most of the major art movements of their time.

The exhibition includes over 35 works of art, which span the artists’ aesthetic journey, from the formative Paris years of the 1920’s -1940 to mature works in the US, from 1940 – 1970’s. While working in different mediums, the artists shared a deep friendship, similar cultural heritage and took similar paths in their artistic ambitions.

Born in Budapest in 1894, Kertész was conscripted into the army. He had already acquired a camera as a gift and was fascinated by what he could do with it, taking pictures of fellow soldiers at the front and experimenting with nature scenes such as the patterns formed by the reflection and refraction of water, and the unconscious fear and imagination inherent in shadows. In 1925, he journeyed to Paris where he heard many artists had ventured seeking to make new friends and to achieve a degree of fame.

That same year Theodore Fried arrived in Paris, having had some success previously in Vienna. Born in Budapest and raised in Szeged, Fried had attended the Royal Academy of Art in Budapest and graduated in 1923. After a brief sojourn in Vienna, Fried landed in Paris in 1925.

Fried was introduced to Kertész at the Café du Dome in Paris and they became fast friends, meeting many times at their mutual hangout and eventually meeting other artist émigrés like Chagall, Brassai, Cartier-Bresson, and Jacques Lipchitz.

As young artists in early 20th century Paris, the artistic center of Europe, they assimilated the progressive ideas of expressionism, surrealism and cubism, which became the framework for their artistic practices.

For example, in Fried’s Carousel, a dense composition dominated by colors, angles and interlocking shapes and exaggerated muscle contortions, the illusion of the horse’s movements is reminiscent of Duchamp’s “Nude descending the staircase”, an artist Fried met, as he escaped France en route to the US.

In Paris, Kertész was at the forefront of many of the aesthetic developments in photography. He was an early user of the Leica camera, which allowed him to explore the city with great ease, at night, from high above and at acute angles. In Meudon, Kertész delightfully conveys the texture of Paris, capturing a quirky scene of disconnecting incidents occurring at the same time. He emphasized the geometry of the scene with the transecting angles of the bridge against the perspective of the building rooftops and the uphill angle of dirt and construction at the bend in the road where three gentlemen are walking.

Fried and Kertész both emigrated to America escaping the Holocaust, settling in Greenwich Village blocks apart from one another triggering the continuation of their lifelong friendship and artistic collaborations. They adapted to American life, and pursued their artistic careers.

Kertész received many honors in his lifetime (1894—1985) mainly in France, Hungary and America. Hilton Kramer, late art critic of the NY Times, gave the eulogy at his funeral in 1985 and noted that few artists had the longevity of André Kertész who lived to finally be recognized for his outstanding work and to realize fame in his lifetime. After his death, the Metropolitan Museum of Art finally gave Kertész what he had sought the most: a huge comprehensive show spanning some 50 years of his work, especially highlighting his innovation and creativity in the field of photography.