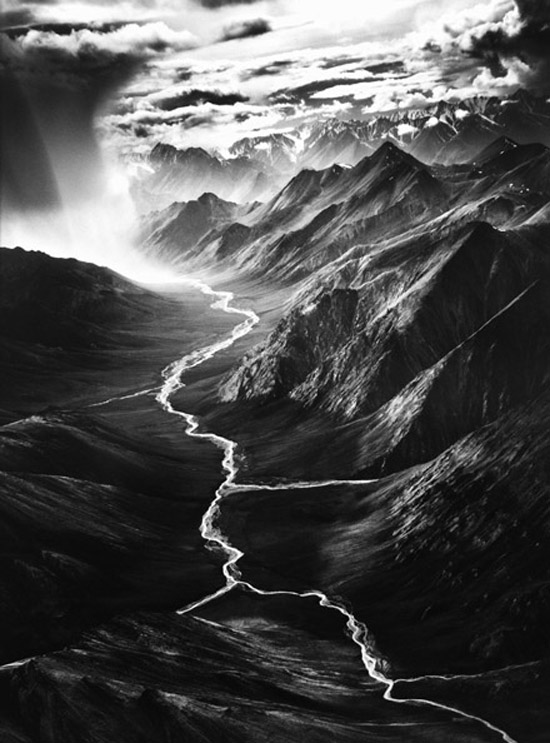 Genesis marks Salgado’s most ambitious project to-date involving years of research and eight years of travel to thirty-two of the most isolated regions of the planet. Inspired by the re-forestation of his family farm in Brazil, Salgado set out to re-discover the Earth’s natural sanctuaries, untamed wildlife and traditional cultures that remain undisturbed by the influence of modern society. Salgado explains, “I had the privilege to see the most incredible things on the planet, and discover that close to half of the planet is yet pristine [...] as the day of the Genesis.” The result is an epic series of photographs that celebrate the purity of un-developed nature and inspire its preservation.

The Genesis series has already received wide critical acclaim and is currently traveling to international museums including The Natural History Museum London, The Royal Ontario Museum Toronto, The Ara Pacis Museum in Rome, Jardim Botanico Rio de Janeiro and more. To complement the exhibited prints, the Genesis Collector’s Edition book will be on view prior to its release later this summer and signed copies of the trade edition book will be available for purchase.

Sebastião Salgado was born in Aimores, Brazil in 1944 and raised on a cattle farm before moving to Paris as an economist and beginning his career in photography. Salgado previously documented the cultural effects of global industrialization and urbanization as published in the widely exhibited series Workers (1993) and Migrations (2000). He is a UNICEF Goodwill Ambassador and an honorary member of the Academy of Arts and Sciences (USA) as well as the recipient of many prestigious awards: The Gold Medal Award for Photography from New York’s National Arts Club, the Hasselblad Award (1989), ICP Photographer of the Year (1986) and the Royal Photographic Society’s Centenary Medal of Honorary Fellowship (1993). He lives with his wife Lélia Wanick Salgado in Paris.