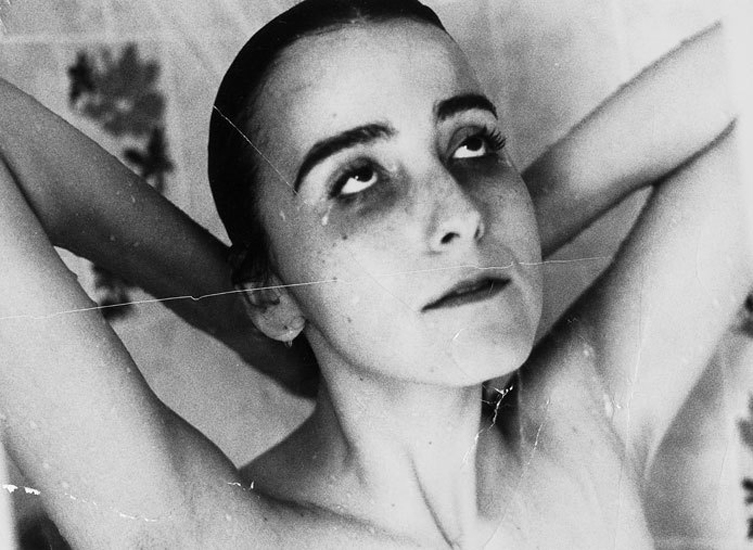 On 9 November 2013, Berlin-based galerie hiltawsky will open the exhibition 'Women' by American photographer Just Loomis. This follows the well received “As We Are”, 2011 at Hiltawsky and the group show “Three Boys from Pasadean”, 2009 at the Helmut Newton Foundation.

'Women' is a persistent and potent subject for Loomis. There is a thematic progression of gender and identity throughout the images of friends and lovers, his wife and anonymous waitresses from Los Angeles. Classically beautiful models, twin sisters from Ireland and recent, simplified portraits taken in Northern Europe and Norway complete the series.

Loomis’ years of work and friendship with Helmut Newton are evident. His absorption of minute details from Newton’s complex fashion and portrait shootings led to a long process of rumination. Loomis eventually reacted with his own motivations towards women and the encounter: one based on honesty and connection.

He quotes the Russian philosopher Emmanuel Levinas: “The face to face encounter entails being called by another and responding to that other. It is lived immediacy. The other impacts me unlike any worldly object and does not have to utter words. The encounter demands a response. The other does not command this response but creates an immediate responsibility. It can be compared to a force.”*

Through 'Women', it is clear that Loomis calls upon the photograph as a response to this encounter. By purposefully presenting the imperfections and blemishes of the real human form by not retouching the images, 'Women' quietly calls into question conventional ideals of female beauty. How does the subject view themselves? How does the voyeur view the subject? There is an awareness of the gaze.

These intimate portraits show the trust between model and photographer unencumbered by overt sexuality. These portraits of women are honest and straight forward, yet protected by deep respect and dignity. Just Loomis lives and works in Los Angeles and Berlin. He is currently teaching a workshop on the “Intimate Portrait” at the Neue Schule für Fotografie in Berlin. Loomis exhibits internationally under his own name as well as one of the “Three Boys from Pasadena”.