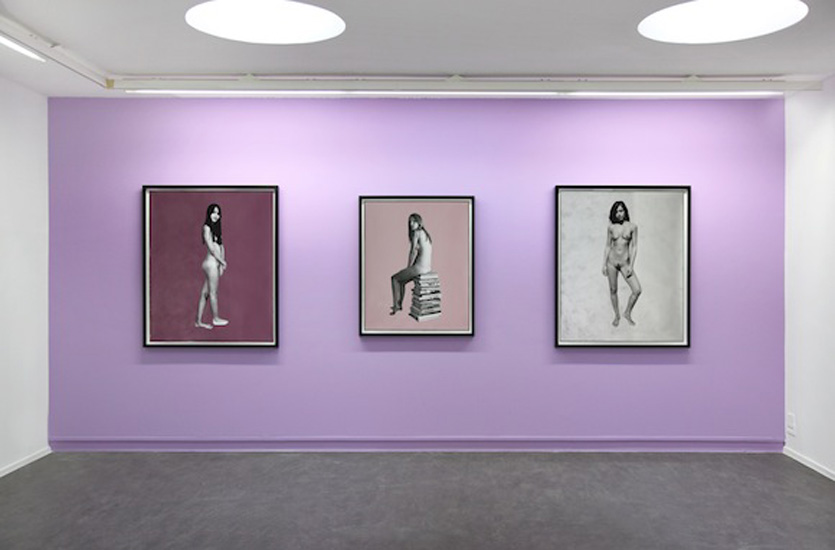 Ed Templeton (b. 1972) grew up in Orange County, California, skateboarding since age 13, and helping to refine the future of the sport. Templeton's early skate fame gave him a forum to discuss issues like racism and homophobia that weren't getting much play from the Thrasher (magazine) crowd. He served a pioneering role in leading skateboarding into the creative and cultural influence it is today. The mid-'90s would turn Templeton into both a businessman and artist, and an unwitting archetype for a new renaissance man of street culture. He launched Toy Machine Bloodsucking Skateboard Company in 1993, and had his first solo exhibition in 1994 at the legendary Alleged Gallery ran by Aaron Rose.

In his most recent exhibition at Tim Van Laere Gallery, Templeton shows for the very first time paintings on large pieces of paper. Moreover, he will exhibit with a newfound way of photographic grouping, decontextualizing the subject from its environment and isolating these in-between moments that are generated by his photographic work. The colors and the subjects in each image create connections, tell stories, and trigger memories as they are stacked together. The title of the show Symptoms refers to a recurrent thought of Templeton. "I feel like we live in a symptomatic society. All of our social ills are symptoms of behaviors and we always seem to worry about the symptoms but never try to change the direct cause. It also reminds me of drug commercials here in the US, and how silly they are. It is a word that brings these sorts of ideas to mind for me," explains the artist.

Templeton began experimenting with photography in 1995, once again finding himself on the vanguard of a new cutting edge: the mix of social documentary and personal expression, exemplified by precursors like Nan Goldin and Larry Clark, which would come to define a certain moment in the late 20th century. "I realized I was missing out on all this great subject matter that I was living around," says Templeton, whose skating career sent him across the world for contests and expos. He soon branched out from shooting the insular scene, and began turning his camera on the minutiae of his daily existence. "Every free moment, I'm walking around the streets shooting photos of life in general—including my personal life." Most notorious are the candid nude shots of his wife, Deanna, which Templeton regrettably notes receive an undue amount of attention. It's not titillation or exploitation, though, but rather the natural end result of collapsing life and art, of making them into a singular entity. Relationships, travels, religion, portraits, street scenes—they're all just part of Ed's photographic record. Templeton's growing oeuvre of paintings and photographs were showcased in 2004's momentous Beautiful Losers group show. This seminal exposition, which also included works by Barry McGee, Ryan McGinley, Chris Johanson, Raymond Pettibon, and a slew of others, brought together a new creative vanguard whose visual lexicon left an immediate mark on the culture.