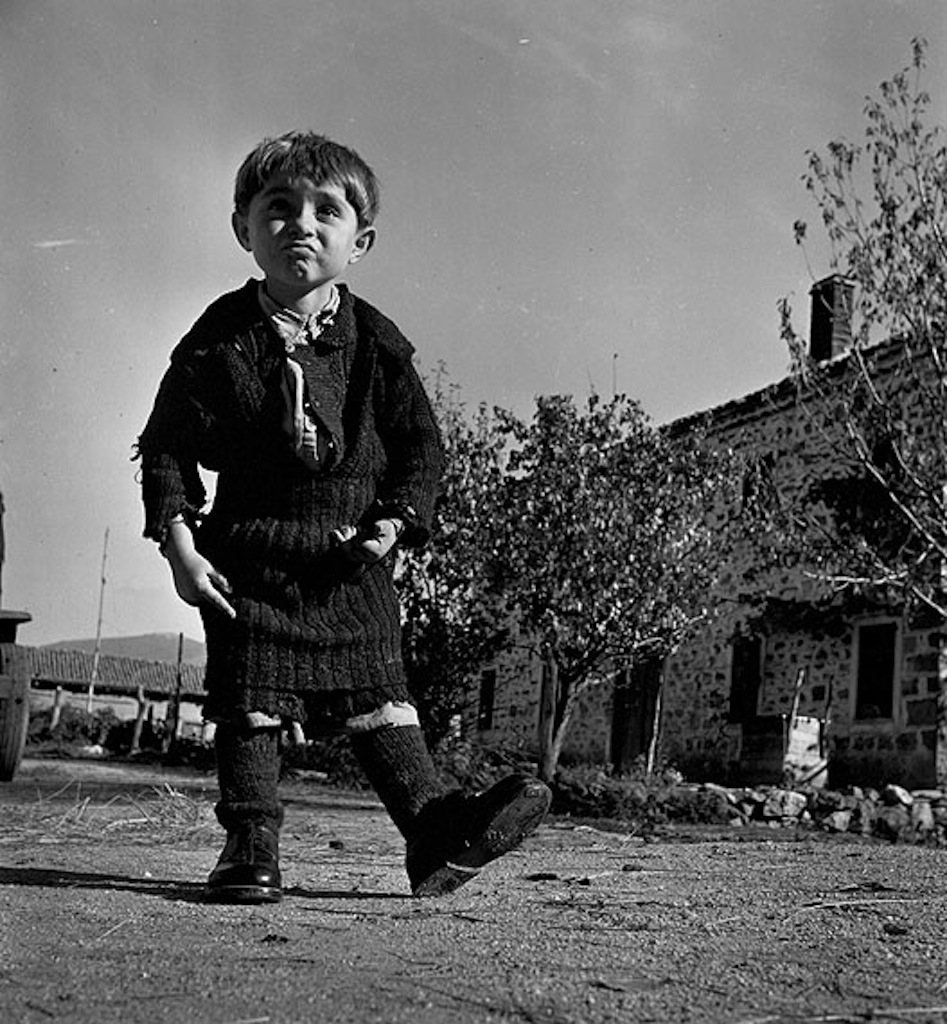 An encounter of two Polish-born photographers from different generations: CHIM (David Seymour, 1911-1956) with vintage prints of his famous photos of children after the Second World War. And AGNES JANICH (*1985) with her group of work, BODY MEMORY. Two series on exhibit and the presentation of JANICH’s first artist book. 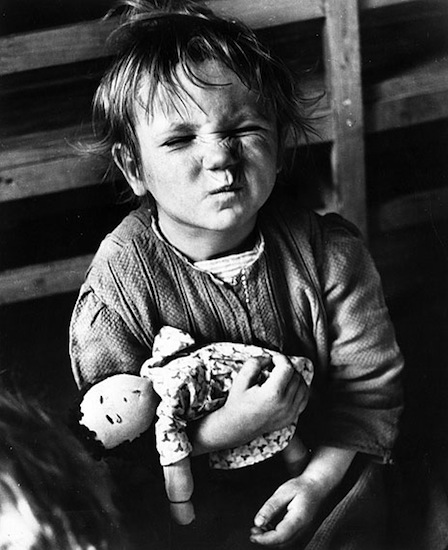 
David Seymour, better known as CHIM, uncompromisingly captured the effects of the Second World War from the victims’ perspective. The photographer, born in Warsaw in 1911 and famous as co-founder of MAGNUM agency, created his images from a humanist consciousness; he wanted far more than to just publish saturated images of the horrors of war. CHIM wanted to make the suffering of the civilian population visible, where and however it took place. His photos of post-war children resulted just as much from a UNICEF commission as from inner necessity and the feeling of duty to follow it. Showing the devastation of hunger, desperation and abandonment forced upon the most helpless of all—the children, their bodies and their souls—allowed him to connect with his own childhood. With his photos of postwar terror, he also pursued the traces of his own Jewish family, of his parents who were killed by the Nazis.

When viewed from the perspective of the era they were taken, CHIM’s eschewal of pathos becomes immediately clear in the photos. One can only understand the images from the time when they were taken. Only in this way can one rediscover CHIM, without the reflexes of aestheticizing from today’s consciousness of art. When one leaves these reflexes behind, one frees oneself from the persuasive paths of today’s flood of images and can surrender to the photographer’s viewpoint—and the emotions he produces with unabated strength.

The dialogue in this double-exhibition between two groups of work that come from two distant periods of time—from CHIM and the young AGNES JANICH (*1985) — is appealing because it builds bridges before us that unexpectedly span more than 70 years. 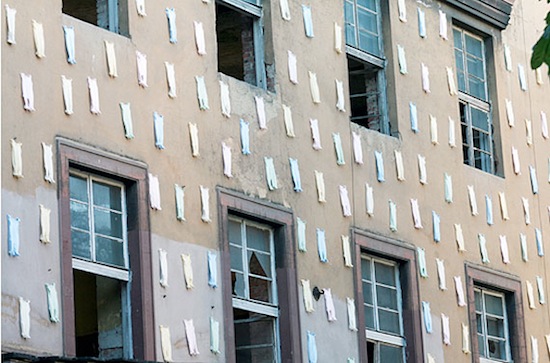 
AGNES JANICH, like CHIM, was born in Poland. She could be the granddaughter of the photographer who died a violent death in 1956 during the Israeli-Egyptian Suez Crisis. JANICH’s perspective of a young woman—obsessed by the past, however free of glorification or demonization—reconstructs with impressive intuition that what she has never known. Her body—and her treatment of verbal testimonial—is as radically human as that of CHIM.

JANICH avoids nothing: not the emptiness that the lost, the killed leave behind, nor the quasi-obscene, when this emptiness materializes. In the series BITS AND PIECES, she decorates the cracked walls of the old hospital in the former ghetto in Lodz with children’s clothing that gives the impression of helpless sheaths missing the violently eliminated bodies from the past. In the work THAT YOU HAVE SOMEONE, the bodies are marked with handwriting by the spirits of the past—the first impression is misleading, it only prepares the way to additional layers and dramas that play out in these photos. JANICH’s sexualized images are camouflage. On one page, she shows the fragile eroticism of young bodies that want to be loved. In contrast are the authentic stories of yearning and the threat of death told by former war victims. JANICH inserts them into the love scenes with her handwriting in which she assumes the female role. Thus we enter historical events from today, as they were violently etched into victims’ bodies back then. The combination of making love today and the testimonials of former victims written on the bodies shows the seriousness and depth of JANICH’s artistic gesture—and makes us shiver.

The encounter of the two artists merges two artistic perspectives of events into a humanistic, photographic look at the same horrendous epoch in European history—perspectives that have lost none of their inner exigency.