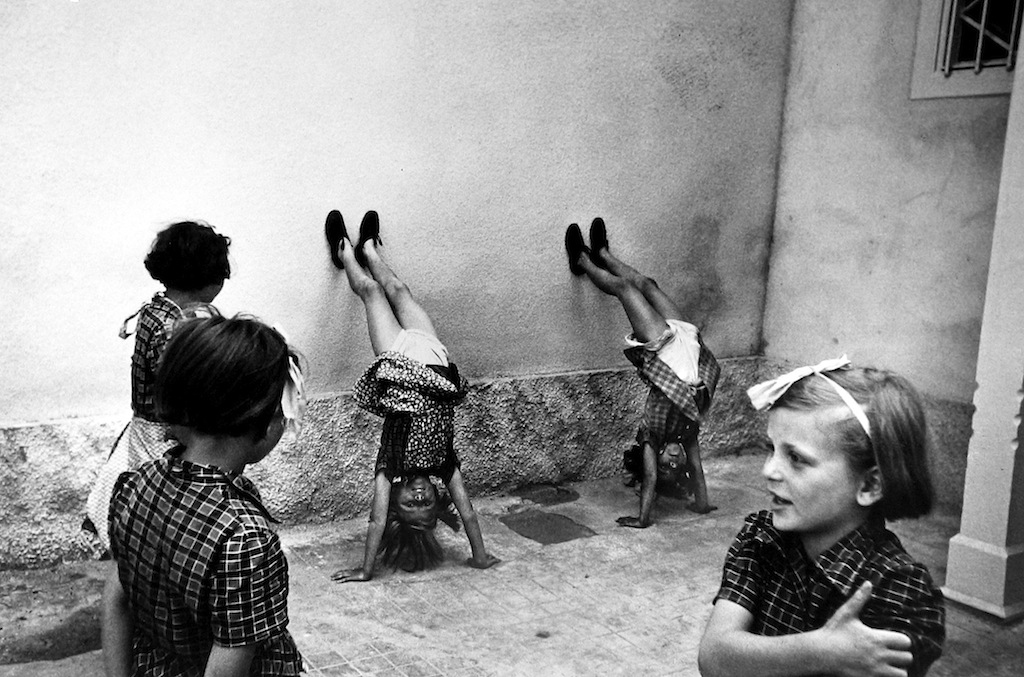 New York – A two-person exhibition of photographs by David “Chim” Seymour and Roman Vishniac from the 1930s – 1950s will be on view at Howard Greenberg Gallery Two, 41 East 57th Street, from February 1 – February 23, 2013. Among the great masters of European photography, Chim and Vishniac are famed for photojournalism and social documentary depicting tumultuous events of the 20th century, as well portraits of some of the most important celebrities of the time.

The exhibition at Howard Greenberg Gallery coincides with retrospective exhibitions of work by both photographers at the International Center for Photography in New York City. We Went Back: Photographs from Europe 1933 – 1956 by Chim and Roman Vishniac Rediscovered will be on view from January 18 - May 5, 2013.

Among the photographs on exhibit at Howard Greenberg Gallery will be Chim’s powerful gelatin silver prints of children and prostitutes in postwar Europe, as well as his classic image of American art historian Bernard Berenson studying a partially nude female sculpture in Rome’s Borghese Gallery in 1955. Works by Vishniac will include gelatin silver prints of his famous humanistic depictions of pre-war life in the Jewish ghettos of Eastern Europe, which were described by Edward Steichen as “among photography’s finest documents of a time and place.”


David Seymour, born Dawid Szymin in Warsaw, Poland, in 1911, was known as “Chim,” a nickname derived from his surname. While a student in Paris, he picked up a camera and began photographing for magazines, covering the Spanish Civil War from beginning to end. He escaped Paris in 1942, becoming a naturalized U.S. citizen, the same year his parents were killed by Nazis in a concentration camp. In 1947, Chim co-founded the renowned photographic cooperative Magnum Photos with Robert Capa and Henri Cartier-Bresson, whom he had met in Paris. Chim documented the effects of WWII on children across Europe in 1948 for numerous European publications. He died at age 45 by machine gun fire while photographing the Suez War in 1956. His work is in the collections of The Corcoran Gallery of Art, Washington D.C.; the International Center of Photography, New York; and Victoria and Albert Museum, London.


Two new books on Chim are being published early this year. We Went Back: Photographs from Europe 1933 – 1956 by Chim (Prestel) by ICP curator Cynthia Young, which accompanies the ICP exhibition, and Chim: Children of War (Umbrage Editions) by poet and photography historian Carole Naggar. 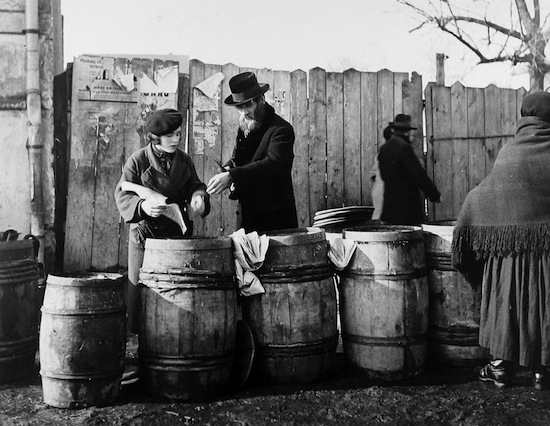 Roman Vishniac, known for his photography of Jewish communities in Central and Eastern Europe before the Holocaust, won international acclaim for his book A Vanished World, published in 1983 with a forward by Elie Wiesel. Born near Saint Petersburg, Russia, in 1897, he studied biology and would later become accomplished in microphotography. Amid growing anti-Semitism, his family moved to Berlin in 1918. From 1935-38, Vishniac was commissioned by the American Jewish Joint Distribution Committee, the largest Jewish relief organization at the time, to photograph Jewish life in Eastern Europe as part of a fund-raising effort. The result was an extraordinary record of the Jewish community before the Nazis. Before the war, Vishniac fled to France, where he spent three months in a concentration camp run by Vichy’s pro-Nazi government. He was able to obtain visas for himself and his family, and they arrived in New York in 1940, where he thrived as a photographer, biologist, and teacher of art history until his death 1990. His photographs are in the collections of The Museum of Modern Art, New York; Smithsonian Institute, Washington D.C.; British Museum, London; and Musée du Louvre, Paris.