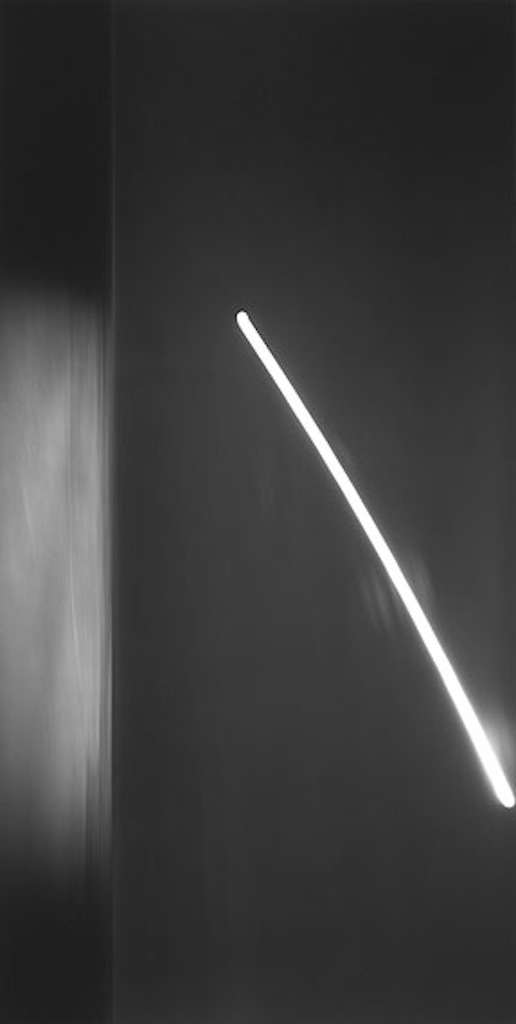 Hiroshi Sugimoto is one of the best-known photographic artists of our time. His celebrated international reputation is based on his photography, although in recent years he has become engaged with other genres: architecture, furniture, objects, and fashion all play an increasingly important role in his work. It is primarily his photography however, that important museums from all over the world have collected and displayed.

Sugimoto’s unique accomplishments in his genre contradict the medium’s conventional tasks – to record reality as precisely as possible. In Sugimoto’s work, one is confronted with the formal reduction of conceptual images, in which he addresses fundamental questions of space and time, past and present, art and science, imagination and reality.
„I was concerned,” noted the artist in 2002, „with revealing an ancient stage of human memory through the medium of photography. Whether it is individual memory or the cultural memory of mankind itself, my work is about returning to the past and remembering where we came from and how we came about. ” His pictures, which leave a lasting impression through their beauty and their auratic effect, interweave Japanese traditions with Western ideas. This East-West dialogue remains characteristic of his work today, which is captivating in its exceptional craftsmanship and strong aesthetic presence, and can exercise an almost magical effect on viewers.
Sugimoto has given this suite of works – publicly displayed here for the first time – the title „Revolution,” but he reveals a radically different understanding of the term in the fifteen large-format works. It is not political or social unrest to which Sugimoto alludes, but rather to the original meaning of the term in the sense of a „suspension” or „overturning” of previously accepted laws or practices through new insights or methods. 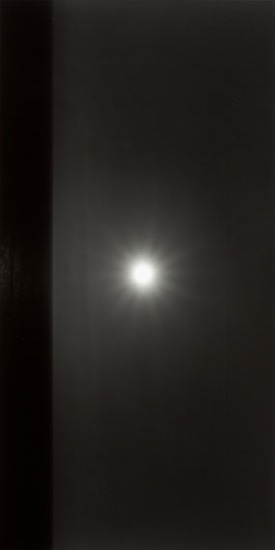 Revolution 013 - N.Pacific Ocean, Ohkurosaki, 1997 © Hiroshi Sugimoto.
From a technical perspective, the nature of the work is undeniably photographic. But in terms of how they are perceived and understood, these are pictures that would be more readily ascribed to a painterly or conceptual sphere. This transgression of medium is characteristic of Sugimoto’s approach, and also applies to „Seascapes”, the largest distinct corpus of works in his oeuvre. For over thirty years Sugimoto has depicted the sea, always in the same, archetypal way. These works deal with difference within the apparently identical, with morphological visualization, and an iconic vision of a timeless state of consciousness. „Dioramas”, „Theaters”, „Chambers of Horrors”, „Portraits”, „Architecture”, „Conceptual Forms”, etc. are without doubt very important groups of work, but „Seascapes” composes the broad and consistent foundation upon which all of the artist’s other series are based.
The point of departure for the fifteen works entitled „Revolution” is a nocturnal seascape. A 90° clockwise rotation turns the horizons into vertical lines, dissipating the Romantic image of the night. Without changing the pictures’ material substance or subject, any obvious connotations are masked, their certainties denied by the transformation. At the same time, highly original abstract configurations emerge in their place. But it is finally the presence of the aesthetic which Sugimoto so forcefully brings to light in his new work. The process derives from conventional puzzles, but reveals in this case no new narrative moments, leading instead to hermetic compositions reminiscent of the work of American painters such as Barnett Newman. 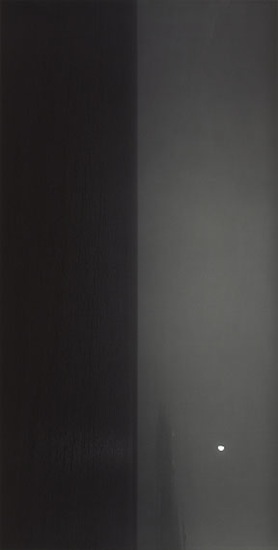 Revolution 005 - Irish Sea, Isle of Man, 1990 © Hiroshi Sugimoto.
Born and raised in Tokyo, Sugimoto left his home city in 1972 to embark on an art degree in Los Angeles. In 1974 his studies took him to New York, which is where he still lives and works. Sugimoto has not left Japan completely though, and divides his time between New York and Tokyo.
The exhibition is accompanied by the book: „Hiroshi Sugimoto: Revolution”, featuring texts by Hiroshi Sugimoto and Armin Zweite in German and English, published by Hatje Cantz (48,00 €, ISBN 978-7757-3471-4).