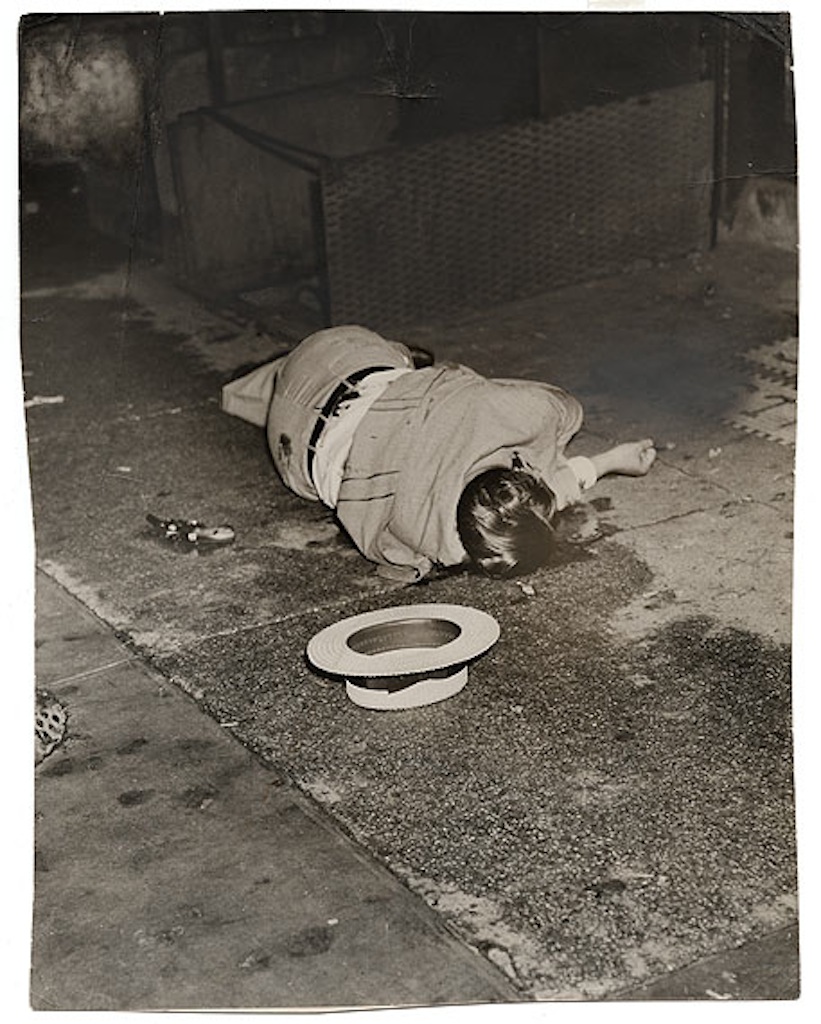 Weegee » Murder Is My Business

19 Oct 2012 – 27 Jan 2013
Weegee (Arthur Fellig, US 1899 – 1968) is one of the most colourful figures in American photography. He is renowned for his sensational images of assassinations, fires, accidents, brawls and orgies. His flash mercilessly captures the events, plain and outspoken. The exhibition Weegee: Murder Is My Business focuses on his dramatic black-and-white images of the New York crime scene of the 1930s and 1940s, which set the standard for what has become known as tabloid journalism.
Weegee’s early work focuses on urban violence and street life. His rising career as a press photographer coincided with the end of the Great Depression, the repeal of Prohibition and the government’s hard-handed action against the mafia, causing a dramatic surge in assassinations and other violent crimes in the late thirties. And Weegee is determined to capture them all.
Weegee’s photos were primarily intended for the tabloids, but he also showed them elsewhere. In 1941 he organized an exhibition at the New York Photo League, a well-known New York photo club, entitling it Murder Is My Business. In 1945 he published his highly successful photo book Naked City.
The exhibition presents over 100 vintage prints, original newspapers, film excerpts and views of the 1941 Photo League exhibition. There are also touch screens with background information on Weegee and the photos on exhibit.
The exhibition was produced by the International Center of Photography (ICP) New York under the direction of ICP-curator Brian Wallis. It was made possible thanks to the support of the ICP Exhibition Committee, the David Berg Foundation and an anonymous donor, as well as a subsidy from the New York City Department of Cultural Affairs with the assistance of the City Council. The content of the touch screens was produced by Documentary Arts in cooperation with Octothorp Studio.
Brian Wallis (ICP), curator of the exhibition, gives a lecture about Weegee and the exhibition on 19 October at 8 pm at the FoMu. Reservation recommended: reservatie@fomu.be – +32 (0)3 242 93 20
Gert Jochems » S
19 Oct 2012 – 27 Jan 2013
With Gert Jochems there are no provocative gazes into the lens or steaming bodies. He shows sex in images which are unlikely to turn you on. You will recognize Flanders by the living rooms, the garages and the community centres. Jochems penetrates into people’s privacy, making you wonder why these people allowed the photographer into their intimate world at all. Or is intimacy precisely what is missing? 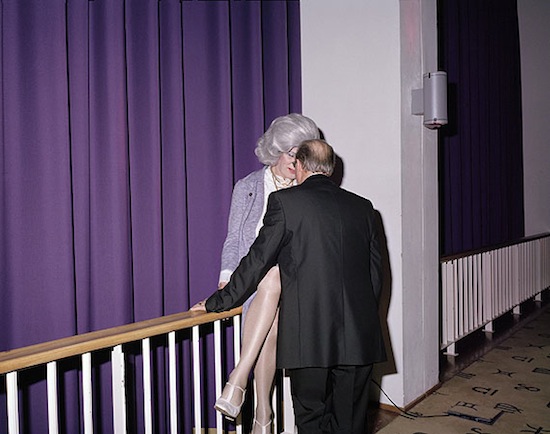 series: S © Gert Jochems.
Lucie & Simon
19 Oct 2012 – 27 Jan 2013
With Scenes of Life, French-German photographers couple Lucie & Simon present a unique vertical view on the world. Intimate family moments are staged and captured from above, making them surprisingly direct. In the series Silent World, however, they turn towards the metropolis. World-famous locations, such as the Place de la Concorde in Paris or Times Square in New York are bathed in a looming atmosphere. The bustle of the city has made room for the wanderer in a deserted world. 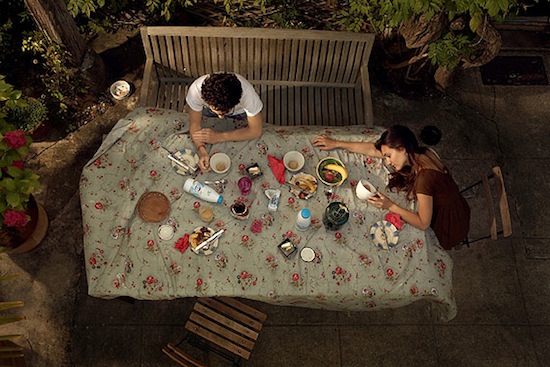