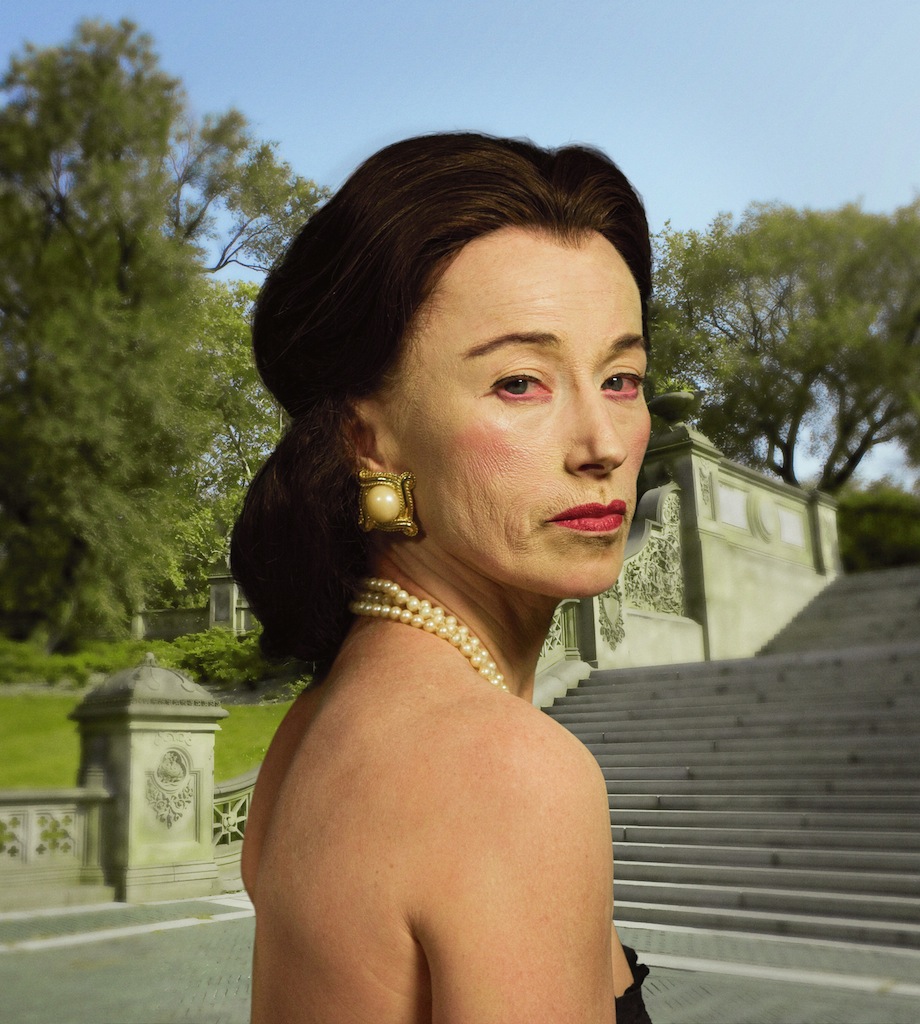 From July 14 to October 8, 2012, the San Francisco Museum of Modern Art (SFMOMA) will host the sole West Coast presentation of Cindy Sherman, a traveling retrospective of one of the most significant contemporary artists and arguably the most influential one working exclusively with photography. Known for photographing herself in a range of guises and personas that are by turns amusing and disturbing, distasteful and affecting, Sherman has built an international reputation for an extraordinary body of work. Tracing her career from the mid-1970s to present, the exhibition is the first major U.S. retrospective of the artist in nearly 15 years, introducing Sherman to a new generation of audiences.

Organized by Eva Respini of The Museum of Modern Art in New York (MoMA), Cindy Sherman brings together more than 150 photographs from both public and private collections, including key works from SFMOMA's own holdings. The presentation at SFMOMA is overseen by Erin O'Toole, assistant curator of photography, and is the first major exhibition of Sherman's work ever mounted in San Francisco. 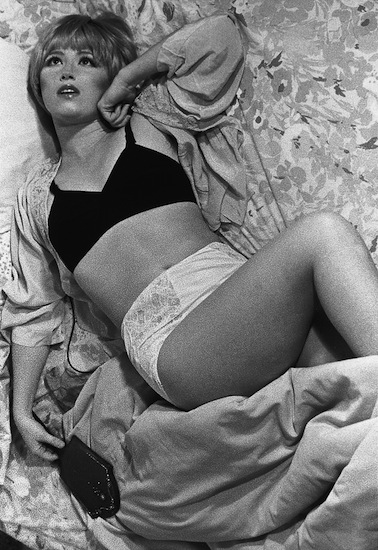 Throughout her career, Sherman has presented a sustained, eloquent, and provocative exploration of the construction of contemporary identity, the nature of representation, and the artifice of photography. Her works resonate deeply with our visual culture, drawing from the unlimited supply of images from movies, television, magazines, the Internet, and art history. Today Sherman's work is the unchallenged cornerstone of postmodern photography. 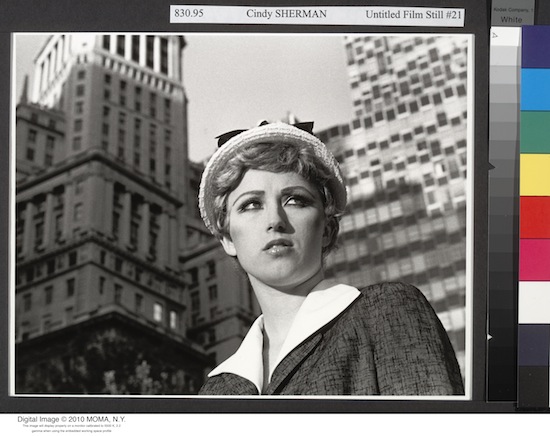 
Masquerading as myriad characters in front of her camera, Sherman has served as her own model for more than 30 years, constructing invented personas and tableaus. To create her photographs, she works unassisted in her studio, and assumes multiple roles as photographer, model, art director, makeup artist, hairdresser, and stylist. Through her skillful guises, she has created an astonishing and continually intriguing variety of culturally resonant characters, from sexy starlet to clown to aging socialite.

"Sherman's work is particularly relevant to today's image-saturated culture because she reminds us to be critical consumers of what we see," says O'Toole. "She holds a mirror up to contemporary society, calling attention to the strangeness of things we tend to see as normal, like fashion, makeup, and plastic surgery." 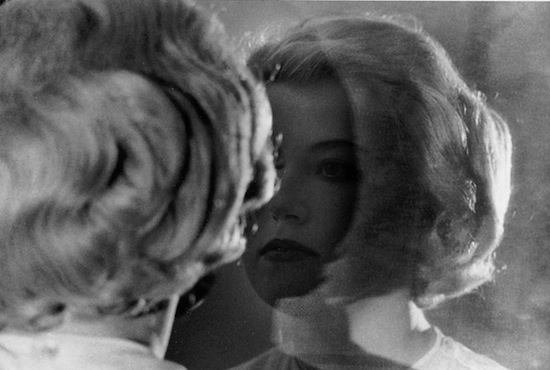 Born in 1954 in Glen Ridge, New Jersey, Sherman received her BA from Buffalo State College and moved to New York City in 1977, where she has resided ever since. The exhibition showcases the remarkable range of Sherman's photography, from her early experiments as a student in Buffalo to her recent large-scale photographic murals, which are customized to fit each installation site. The presentation examines some of the dominant themes prevalent throughout Sherman's work, such as artifice and fiction, cinema and performance, horror and the grotesque, myth and fairy tale, and gender and class identity. 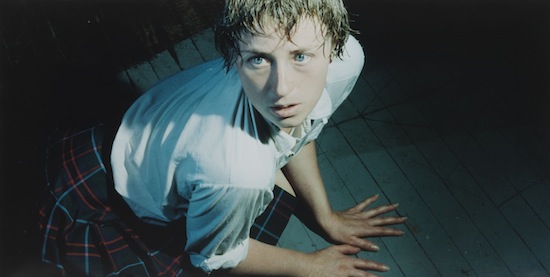 The exhibition also premieres, in the U.S., a recently created photographic mural (2010–11) that represents the artist's first foray into transforming space through site-specific fictive environments. In the mural, Sherman transforms her face digitally, exaggerating her features through Photoshop by elongating her nose, narrowing her eyes, or creating smaller lips. The characters, who sport an odd mix of costumes and are taken from daily life, are elevated to larger-than-life status and tower over the viewer. Set against a decorative toile backdrop, her characters seem like protagonists from their own carnivalesque worlds, where fantasy and reality merge. The new work included in the retrospective offers an opportunity for reassessment in light of the latest developments in Sherman's oeuvre. 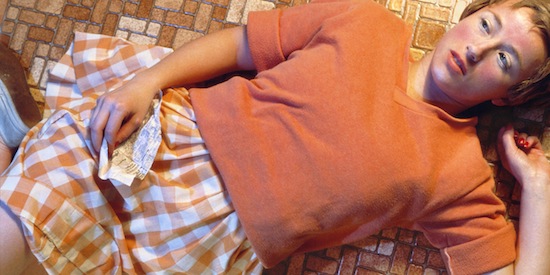 A fully illustrated publication accompanies the exhibition, with essays by exhibition curator Eva Respini and art historian Johann Burton, as well as a new interview with Sherman conducted by filmmaker and artist John Waters.

Cindy Sherman is organized by The Museum of Modern Art, New York. Major support for the San Francisco presentation is provided by the Fisher family, J.P. Morgan, and The Bernard Osher Foundation. Generous support is provided by Carla Emil and Rich Silverstein, Nion McEvoy, and the Bernard and Barbro Osher Exhibition Fund. The St. Regis San Francisco is the official hotel of this exhibition. Media sponsor: San Francisco Chronicle

In conjunction with the exhibition, SFMOMA will present Cindy Sherman Selects, a series of films—selected by Sherman—that have shaped her artistic vision. Reflecting a wide spectrum of genres and eras, the films highlight the extraordinary range of her interests and influences. Screenings will take place on Thursday evenings in July and August during the exhibition's run. Tickets are $5 for general admission; free for SFMOMA members or with museum admission.