Guy Bourdin : the most radical and influential fashion photographers 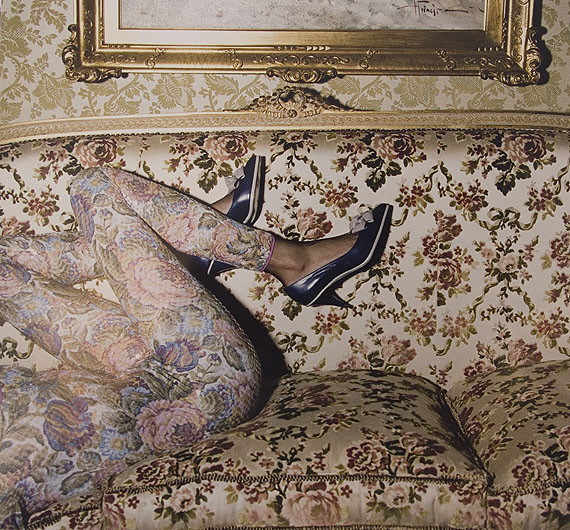 Bourdin realised that it is not fashion itself that seduces people but the fantasy it represents. Psychodrama and the theatre of the absurd pervade his work; a true master of the storyboard, Bourdin rigorously planned his compositions for fashion shoots to suit the format of the printed page. Conceived long before the advent of digital retouching, he went to tremendous lengths to produce highly stylised images, often pushing his models to their limits to achieve his desired vision.

In very few cases were his pictures published or exhibited outside of the transient medium. This exhibition introduces rarely seen before, limited edition work of some of his most captivating images - including a selection from his renowned series for the Pentax Calendar of 1980. A small selection of unique polaroids will also be available. Michael Hoppen Gallery is the exclusive representative of the Estate of Guy Bourdin.