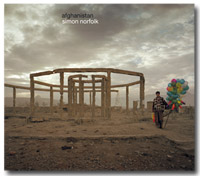 In the 1990s, Simon Norfolk abandoned traditional photojournalism in favour of photographing landscapes shaped by war and genocide. His primary concern is with the aftermath of conflict – to record beyond the surface of events, and to show the nature of war through its lasting effects and consequences. Afghanistan: Chronotopia is already recognised as a classic of photography. First published in 2002 the work received international acclaim and established Norfolk as one of the UK's most respected photographers. Winner European Publishers Award 2002 Int'l Center of Photography Infinity Award 2004 List price: £30.00