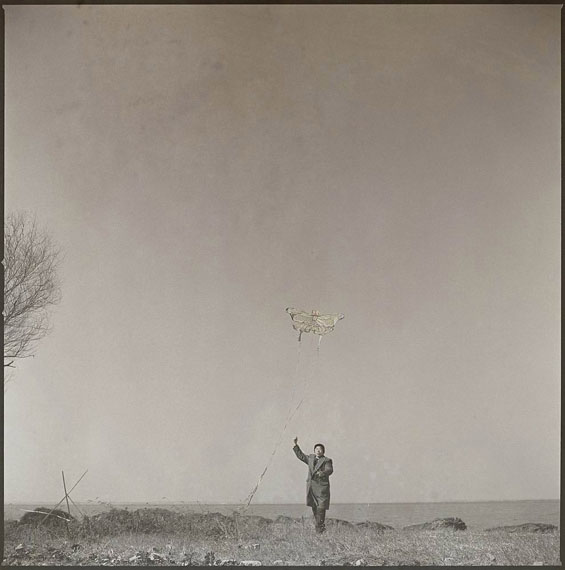 LIANG WEIZHOU’s newest photographic works in this solo exhibition titled “A PAINTED PERSPECTIVE”. The Shanghainese painter, most well known over the past fifteen years for his expressionist paintings, has been gaining critical acclaim and exposure for his new body of photography-based works.

Furthering in a long tradition of pictorialist photographers and photo-realistic painters, Liang Weizhou’s photographic works illustrate new possibilities found between painting and photography. As evident in several of his surrealist and expressionist paintings from the early 1990’s, Liang Weizhou has regularly explored the visual and conceptual relationship between painting and photography in his personal life and artistic practice. Occasionally painting self-portraits featuring a camera and tripod in the background or even himself toting a camera, it is very clear that the medium of photography as a way of seeing and interacting with the world has always been present in Liang Weizhou's conceptualization and realization of his artwork.

After continued exploration and experimentation of the photographic image and process, Liang Weizhou has now clearly discovered his own visual language of interweaving his painting aesthetics with the continuing theme and subject matter of the often isolated and existential ordinary and intimate still life interiors.

Liang Weizhou is a trained and accomplished expressionist painter and thus never considered or imagined himself to be a serious “photographer”. But Liang Weizhou and his relationship with photography have always been at odds: He is a photographer and he is not a photographer. His photographs are photographs and they are not just photographs at the same time. Over the course of three decades the artist has gradually drawn his impassioned photography practice closer and closer to his heart and mind as a painter. And in a way, it has been the perfect marriage: the painter’s eye and sensitivity to formal aspects of composition, shape, shadow, texture and light, all lend themselves perfectly to be captured and laid out by the photographer on monochrome black and white film (he almost never photographs in color). It then sets the challenge for the painter to introduce the more abstract nuances of painted color, texture, emotion, mood and memory, which results in painting technique augmenting and transforming the photographs.

Liang Weizhou, born in Shanghai, China, lives and works in the city. His painting and photography works in addition to being widely exhibited in China have also been shown in galleries and museums across Europe, Japan, Hong Kong, Russia, Singapore, and the United States. His photography works are also in the permanent collection of the Shanghai Art Museum where they were exhibited in a solo exhibition in 2007.