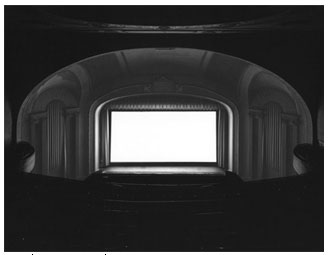 Hiroshi Sugimoto is one of the most significant Japanese contemporary artists to have emerged in the last 30 years. In his photographic series, as well as his experiments with sculptural objects, architecture and exhibition design, Sugimoto attempts to highlight and expand our perception of such abstract qualities as time, light, space, movement, spirit - and the nature of reality itself. Hiroshi Sugimoto: End of Time represents the first chance to survey the artist's whole photographic work, made from the 1970s until the present. It includes his best-known works, such as the Dioramas, which he photographed, in life-like detail, at natural history and other museums; Seascapes, depicting oceans around the world; Theatres, for which he sets his exposure times to the length of the film showing; and other series: Portraits, Architecture, Sea of Buddha and Conceptual Forms. The exhibition also includes the artist's most recent experiments: fusions of photography with architecture and traditional Noh theatre. Colors of Shadow, a new series of color photographs of changing light in the artist's studio, will have its world premiere. The exhibition is designed by Sugimoto and incorporates a Noh stage, on which a Noh play will be performed. Visitors can also enjoy a sound installation created by Sugimoto in collaboration with internationally renowned sound artist Ikeda Ryoji. The exhibition will travel to the Hirshhorn Museum and Sculpture Garden, Washington D.C., and other venues in 2006