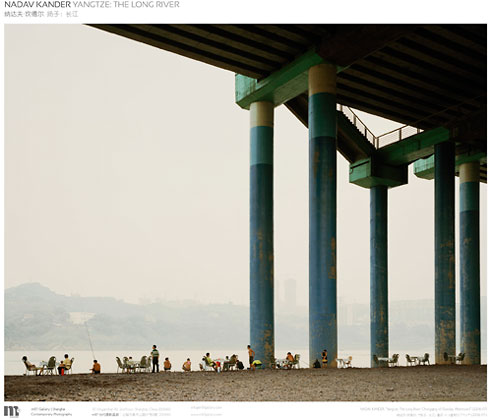 Taken over a three-year period, Kander’s Yangtze River photographs speak of a China in the process of radical change, and of man’s futility and subjugation of the natural world in the pursuit of development. Following the course of China’s longest river upstream, Kander created a profound and contemplative body of pictures. Much like the Buddhist metaphor of a river itself, the photographs evoke a certain sense of the eternal and ephemeral, of man’s footprints amidst constant change and the flow of time.