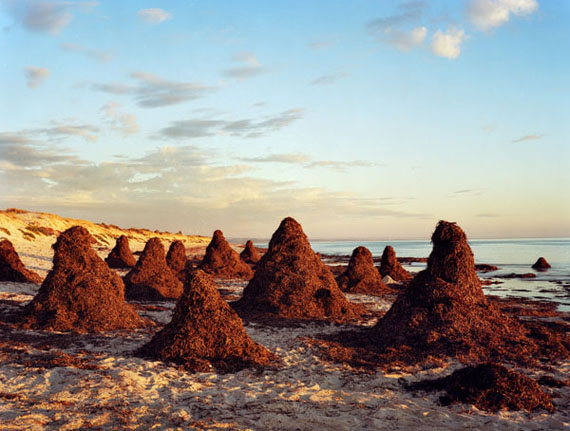 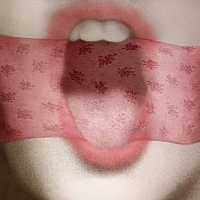 In SEASON10 we are featuring a mix of unseen images and work selected from previous series by each artist, with an emphasis on summer and celebration.

Narelle Autio’s Seaweed Stacks is an intriguing image of sculptural seaweed forms on the beach near her home. The coast and water has been an ongoing inspiration for Autio, as is evident in her 2006 series celebrating bodies spontaneously at play beneath the surface of the water. Trent Parke is represented with gems from a current work in progress, The Black Rose, which is about coming to terms with the interconnectedness of past, present and future. Also showing will be favourites from The Christmas Tree Bucket series.

In her new images In Lieu, Like A Bird Now and The Ravellor, Pat Brassington continues her fascination with the transformed human body as a site of the strange and the surreal. These are paired with iconic examples of works from Brassington’s recent Stills exhibition (March 2010).

Mark Kimber has created quintessential summer images in his Yorke Peninsular series where light, water and human activity act together to define mood. Polixeni Papapetrou explores the imaginary world of childhood in images from her series Fairy Tales (The Witch’s House, 2003 and The Encounter, 2006) and in her 2002 series Phantomwise. Papapetrou is to be featured in a major solo retrospective at the Australian Centre for Photography in February 2011.

William Yang sees the outstretched open hand as a gesture of offering. In a series selected from his archive he has images of hands representing different stages of life including a delicate and moving image of the Dalai Lama’s hand. Yang’s next solo exhibition at Stills will be in February 2011. New York artist William Lamson shows another of his whimsical videos about time, tides and relationship to place, Time is Like the East River.

Robyn Stacey and Petrina Hicks feature work selected from recent and past series.
Stacey’s festive and celebratory Mr Macleay’s Fruit and Flora is an outstanding example of her ability to create historically accurate references to Australia’s colonial past through botanical species and flora display. Petrina Hicks’ impact as an artist has been well established in a short time. She is represented here with some of her most popular and edgy images (Jackson and Tiger, 2005 and Breeze, 2010, for example).

This exhibition will continue in January 2011 when Stills reopens (Jan 18 to 29). We wish you all the best for the holiday season and hope to see you during SEASON10.