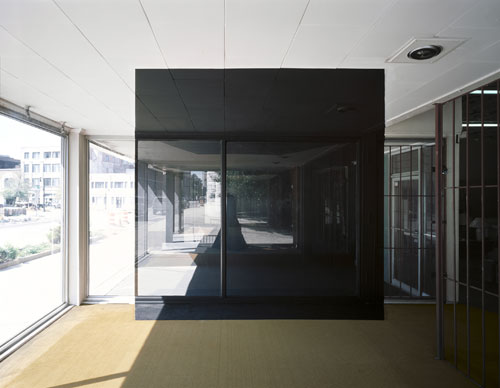 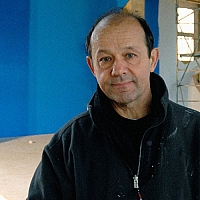 Since he appeared on the art scene 25 years ago, Georges Rousse has never stopped travelling around the world. Like some fictional character striding across plains, valleys and mountains across the globe like ordinary mortals cross the street, he might suddenly travel from one corner of the planet to the next without anyone ever knowing where he is. He has made the world into his world, and constantly travels around it in search of who knows what treasure. But Rousse is not a legendary hero; he is an artist, and his medium is photography. Not the kind of photography his predecessors practised, but what is referred to in French as “photographie plasticienne” (“plastician photography”), and which requires its own technical know-how.

Over the last 25 years, Georges Rousse has not surprisingly made a considerable number of images, and his work has taken a variety of forms: Figuration libre; geometric abstraction; using certain motifs as words; fragments of text; details of maps; reproductions of buildings; and so on. His work is underpinned by tensions between mutually antagonistic qualities: the distinct and the indistinct, the observed and the unnameable, the opaque and the transparent, the physical and the metaphysical, darkness and light, order and chaos. There's something in Georges Rousse's work that is at once disturbing and fascinating. Something that grabs our attention because it sows doubt in our minds. If we believe the philosophers, since doubt transforms trains of thought into experiments, and because it establishes a sort of experimental method for subjectivity, doubt involves a kind of energy that is different from the initial enquiry that forms the basis of all thought.

Prospective by nature, it appears as an invitation to constant questioning, to a quest for something that is forever postponed.