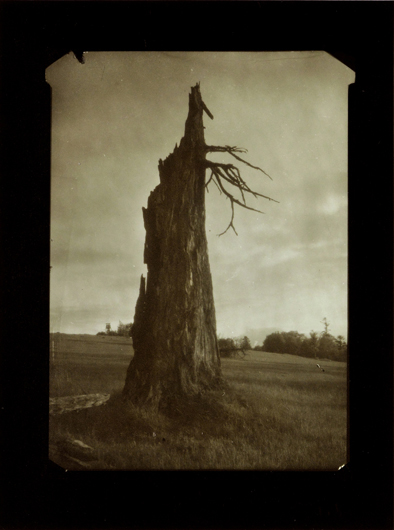 The ex-kindergarden in Bruzella has been converted into an exhibition space for photographic exhibitions promoted by the Rolla Foundation. The photographs are from the private collection of Rosella and Philip Rolla who have decided to share their interest and passion for the photographic medium. The prevalently thematic series will present a selection of modern and contemporary photography and will investigate the Rolla’s motives in the selection of artists, of the images themselves and of their placement in the gallery space. The first exhibition, Josef Sudek. Cacciatore di magia, will be dedicated to the Czechoslovak photographer (1896- 1976). The exhibition inauguration will be held on Saturday, June 12, at 11:00 AM.

Josef Sudek is an enigmatic and fascinating artist, he is drawn to mysterious and moody visions, to the single detail that renders each photograph unique and to a technique that is often only apparently imperfect, above all in the printing. Sudek loves undefined greys, tones often considered by his contemporaries as lacking in style that he actually emphasises in his choice of printing contact prints. The loss of his arm during the First
World War did not put an end to his interest in photography, on the contrary, it made photography the centre of his work life. With great patience, Sudek set about waiting, at times for hours, or for whole days, for the right moment. In this case it is not a euphemism to assert that he writes with light, with the specific light that characterises each release of his camera’s shutter.

The exhibition includes twenty-five vintage photographs ranging from panoramic shots, views from Sudek’s studio window, of the studio itself, to photos of wild nature or of gardens that seem like scenery for a show, apparently natural but actually perfectly arranged.

Two portfolios will introduce the vintage photographs. One is a collection of 13 images named for him and edited in 1976 (the year of his death) and the 18 photographs from Profily/1, published by Panorama in 1980 (a Czech review that Sudek worked with from 1931 until his death).