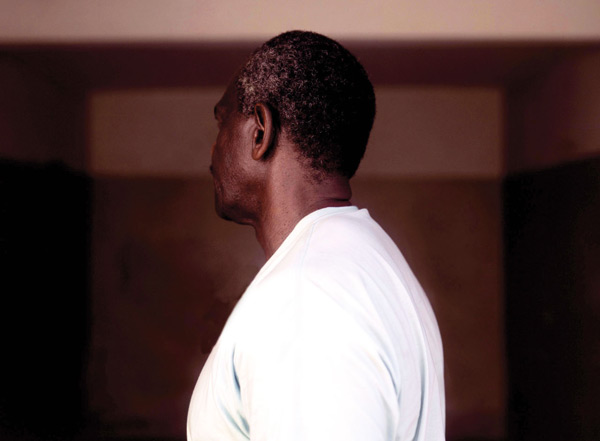 Photography always puts reality into frames. The photographer takes a picture of something and thereby decides to leave everything else out of it, whereas it might well be possible that the things left out are far more important than the objects in the picture. We tend to object to this by saying that photography violates or undermines truth and reality because it distracts us from the essential events happening at the same time. In a way, that is a valid objection: a picture evidently will never be able to render or reproduce reality more genuine than reality does itself. You always "should have been there yourself", to put it in a slightly trivial way. We know by experience that every observation and perception of reality is "colored". Why is it then that truth is such a problematic issue in photography, whereas when we talk about film, painting or drawing, it seldom is. Let alone in writing. We recognize the difference between the report of a journalist and a novel, we recognize whether a film is real or just fiction.

People look for answers to essential questions and we like to believe that photography can provide some of these answers, photography just contextualizes questions raised. Everything the photographer shows is precarious, precise and to-the-point. He doesn't take pictures randomly in order to find out later what he is left with; his pictures tell something to the audience.

The notion that a picture could portrait a city, a country, a culture, or even a man, a life, an era is rather strange, bearing in mind that many things elude us and can not be grasped or captured within the frame of one photograph. Focus and commitment are essential. The only appropriate name for this approach would be "social photography": the photographer does not just look but wants to see and that seems to be the only way to come closer to the truth.
This exhibition is all about that insight with at its centre man itself, despite of the fact that we seem unable to grasp or even recognize our own life. It puts us in a frame, makes us walk the streets. It makes us look back once more to check out the man or woman we just passed by. It forces us to sit down and feel the splinters in the woodwork, or stroke a cold and empty table.

Starting point is 'Rufo', a work from the Brasilian Caio Reisewitz, bigger than a landscape and more striking than a primeval forest consumed by fire. 'Rufo' is Brasil, astonishingly beautiful and at the same time vulnerable and reckless.
'Rufo' represents the power of man and the inevitability of life in a world that is shifting all the time, something which also Danish artist Adam Jeppesen looks at in his determined search for undiscovered land.
Reisewitz and Jeppesen show in their grand images the vulnerability of man and nature and the characteristic dynamic of city and country life. We can feel it in Esko Männiko's (Finland) extremely moving framed still lifes. We experience it in the theatrical and down to earth reproductions of projects set up by the Australians Healy and Cordeiro.
'Rufo' represents desire, a longing for other times, deserted and forgotten places, even a longing for those you have never experienced yourself. German artist Sacha Weidner shows this desire by means of ordinary pictures of everyday lif in surreal melancholic story lines. German artist Rebecca Wilton on the other hand, does the same thing by taking pictures of herself in forgotten and isolated places.
It's all about loneliness and security, which is pointed out to us in absurd ways by the 'grand old man' of Japanese contemporary art Tatsuni Orimoto in his masterpiece 'Art Mama'. It shows us the scars after failure and arrogance, it represents dignity and elegance, resignation and contemplation, all majestically documented in South-African Guy Tillim's series 'Avenue Patrice Lumumba'.