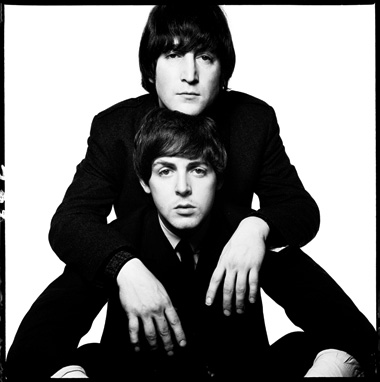 Selling exhibition of David Bailey's iconic photographs of the 1960s. Fifty years on from a decade that changed our cultural history, these images celebrate a period of spontaneity and decadence, capturing the glamour and hedonism of the era. Among the famous faces immortalised by Bailey's lens are Mick Jagger, Michael Caine, John Lennon and Paul McCartney, and the beautiful Jean Shrimpton. Photographs of these headline makers and many others, selected for exhibition by Bailey himself, will be on sale at Bonhams' New Bond Street galleries in signed and authenticated limited editions.

Born in the East End of London in 1938, David Bailey first explored his nascent interest in photography when posted to Singapore with the RAF in 1956, discovering his exotic surroundings with a newly acquired Rollop. Within a year of his return to London, Bailey had started work as a professional photographer and in 1960 was taken on by Vogue. His collaboration with Jean Shrimpton the following year fuelled the development of a body of work which established him as the greatest chronicler of the beauties, celebrities and socialites of the day. Known for his expressive yet simple portraits, Bailey has photographed some of the most influential cultural figures of the past few decades: Yves Saint Laurent, Yoko Ono, David Lean, Francis Bacon and Salvador Dali, to name only a few. He has produced album sleeve art for musicians such as The Rolling Stones and Oasis, and has directed documentaries and films. Bailey continues to work for Condé Nast. He was appointed CBE in 2001.