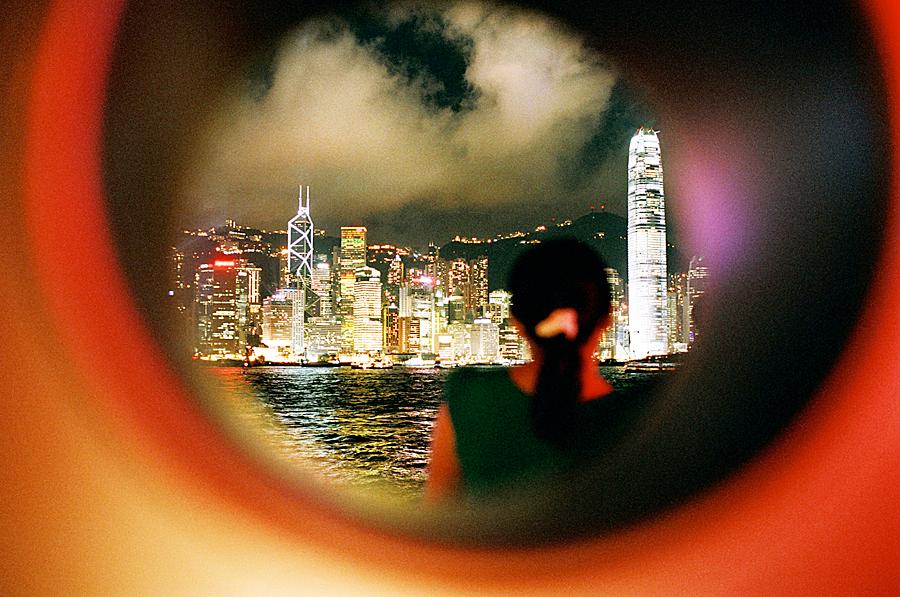 Cities are Like Oceans explores the place of human beings in cities that are increasingly chaotic and where modernity takes over traditions that have been established over time. Man as a social being no longer has a place here. Human scale has been reduced to nothing. Man, with an individualistic future is lost like a drop in the urban ocean. Houses crumble, skyscrapers grow, the ground is filled with urban communication networks. The world marches on. Cyrus is guided by the feeling that links the individual to everything else. The light is that of dawn or dusk, of neon or storms, to dramatise the seemingly unavoidable evolution.
Cyrus Cornut came to photography through travel. ‘It allows you to escape a vision : that of the sterile repetition of places, people and of yourself’ Franck Michel. Having dreamt of the great tropical forests of the world, he began traveling in cities. This attraction for urban jungles comes from his personal rapport with them. Cyrus discovers the city, walking ceaselessly, finding his way by cutting the territory up into personal land marks : the traces links, empty spaces, junctions, edges, heights, complex places… It is wandering, an urban vision without the pretension of being objective, just an extension of his architect’s eye.