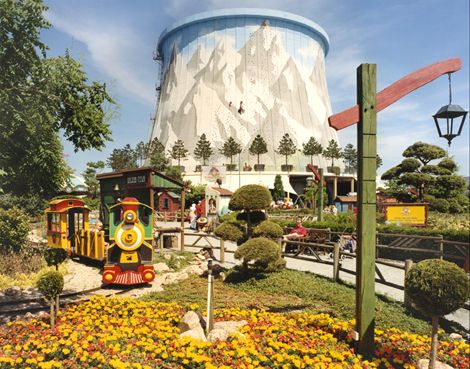 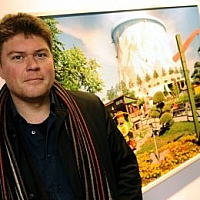 Jürgen Nefzger’s photographic series Fluffy Clouds features idyllic views of Europe: sheep grazing on hilly meadows, bathers at the beach, a lone fisherman on a riverbank. But behind these motifs are backgrounds comprised of cooling towers and nuclear reactors; sometimes misty clouds are the only hint of what lies behind the next hill.

In composing his pictures, Nefzger (*1968 in Fürth) deliberately cites Romantic ideals. The classic beauty of nature is counteracted by the obvious brutality of human intervention. Ultimately, he tracks the fiction promoted by the atomic energy lobby, presenting a halcyon world in harmony with the use of nuclear energy. Yet it is clear that we are aware of the fragility of this illusory security, because the images reveal the deception behind their apparent innocence, the serious threat behind the fantasy. Texts by Ulrich Pohlmann, graphic design by Jutta Herden. Publication date December 2009