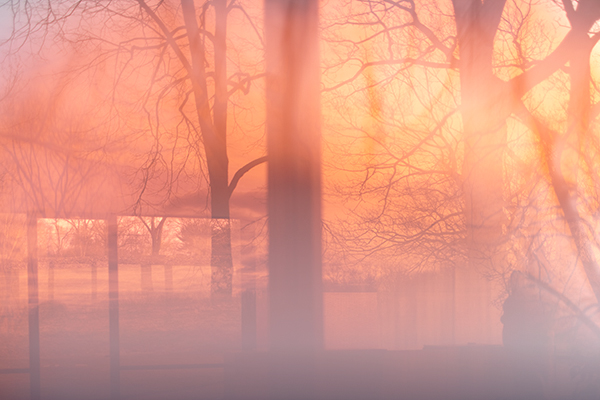 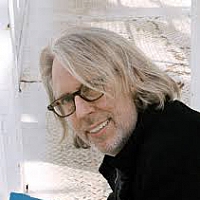 Regen Projects is pleased to announce an exhibition of new works by Los Angeles artist James Welling. This exhibition will present new photographs from the "Glass House" series and a video installation "Sun Pavilion." The "Glass House" photographs were taken over the course of three years (October 2006 to October 2009) at the iconic Philip Johnson Glass House in New Canaan, Connecticut. The photographs of the House (1949), the Lake Pavilion (1962), the Lincoln Kirstein sculpture (1985), and the Brick Guest House (1949) were made with an array of color filters positioned in front of the lens of a digital camera. The luminous and sublime "Glass House" photographs utilize color in bold and unexpected ways and further the artist's examination of light, color, and reflectivity and how these elements articulate architectural form.

Using an experimental approach to the medium of photography, Welling investigates a variety of formal and theoretical ideas of picture making.  His work is uncompromisingly radical and does not adhere to a signature style. Appearance and illusion, the reality of the camera and the photographic print, what we see or think we see, perception and how things are revealed photographically have always been in dialogue in his work. "Glass House" epitomizes Welling's investigation into photographic representation and abstracted visual experience, and seamlessly combines these two disparate elements in one body of work.

Welling...draws the conceptual underpinnings of his art making from both post-minimal thinking and photographic history, finding them fruitful complements to each other, rather than contradictory opposites. His breadth of experiences and his precise vision result in a body of work that is both a part of and apart from that of his contemporaries...the works appear to trace not a linear, progressive development but a more complex exchange where key concerns are re-conceived, where technologies are easily applied, mastered, put aside, and then revisited. Welling...ventures along many paths...with an eye to what is possible. The flexibility of spirit is borne out in the influences and historical considerations of his art making...He is keenly aware of the history of photography.