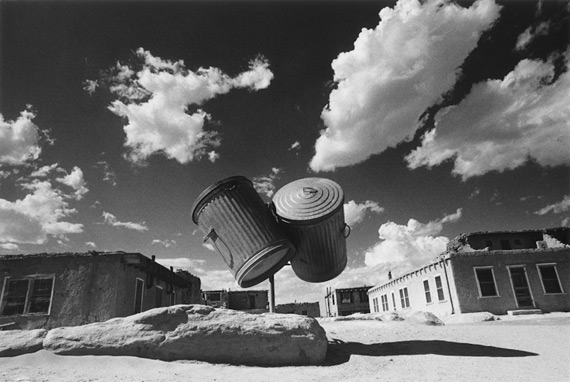 The Galerie Priska Pasquer is pleased to announce the first solo exhibition in Germany by the Japanese photographer Ikko Narahara. A selection of photographs, ranging from his early work of the 1950s through to the major series "Where Time has Vanished" from the beginning of the 1970s will be on show.

The Galerie Priska Pasquer is pleased to announce the first solo exhibition in Germany by the Japanese photographer Ikko Narahara. A selection of photographs, ranging from his early work of the 1950s through to the major series "Where Time has Vanished" from the beginning of the 1970s will be on show.

Ikko Narahara, born in 1931 in the Fukuoka Prefecture, was a self-taught photographer and as such took part in the groundbreaking photography exhibition "The Eyes of Ten" in Tokyo in 1957. Two years later he became one of the co-founders of the legendary photo agency VIVO (in collaboration with Shomei Tomatsu, Eikoh Hosoe, Kikuji Kawada, and others), which was to be the epicenter for a new generation of Japanese photographers.

In his early work Narahara focused on people who were living in isolation from the everyday world, such as monks in a Trappist monastery or the inmates of a women's prison. His work aimed at creating a "personal document", he aspired to "a process of laying bare the inner form by thoroughly depicting the exterior" (Ikko Narahara). Walking a tightrope between description and abstraction, objectivity and a personal narrative, Narahara transcended the journalistic documentary photography then prevalent in Japan. Furthermore, Narahara displayed a particular facility for abstraction and the staging of everyday scenes in strict graphic compositions as in, for example, the series "Tokyo, the '50s", which was only to be published in 1996.

The beginning of the 1960s and the 1970s were dominated by long stays abroad. From 1962 to 1965 Ikko Narahara took photographs in France, Spain and Italy. The results are picture essays in which Narahara evokes the "old continent" within a timeless narrative, a fiction in which time has come to a standstill. Accordingly, one of his contemporary books was appropriately titled "Where Time Has Stopped".

Following Ikko Narahara's return to Japan, his previous confrontation with Europe then led to an increased interest in the particulars of his own culture. Photographic series, such as "Zen" (published in the book "Japanesque") were the consequence, in which the aspect of timelessness was also addressed.

At the beginning of the 1970s Ikko Narahara went to the USA. This was the location of his best-known series "Where Time Has Vanished". During extensive trips across the country he photographed the mythic sites of the American Dream, vast landscapes, Indian reservations, automobiles, motels and casinos. In contrast to his fellow photographers Gary Winogrand and Robert Adams, Narahara did not take a critical approach to the American scene. Ikko Narahara's photography is primarily poetic with surreal elements, such as the shot "Two garbage cans, Indian Village, New Mexico" in which Narahara found the fantastic and absurd in small-town America.
Time coming to a standstill is no longer the subject here, but rather the disappearance of time within a mythic space: "As I drove across the land in Arizona and Utah and New Mexico, I began to have hallucinations that this was not the earth at all and that I had been thrown onto some other planet" (Ikko Narahara).