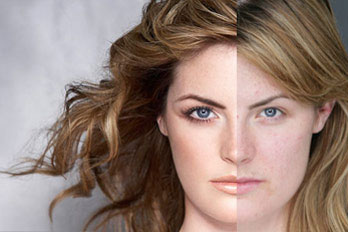 PARIS, 09-22-009 — French parliamentarians concerned by eating disorders and body image want a warning slapped on ads and fashion photos that are digitally enhanced to make models more appealing, they said on Tuesday.

Parliamentarian Valerie Boyer, a member of President Nicolas Sarkozy's UMP party, and some 50 other MPs, have proposed a law aimed at fighting touched up images that distort reality.

"Such images can lead people to believe in a reality that often does not exist," Boyer said in an explanatory statement.

The proposed legislation calls for photographs of people "whose body image has been digitally manipulated to be accompanied by a statement saying 'digitally enhanced to modify a person's body image.'"

The aim of the proposed legislation, Boyer said, was to improve public health and protect consumers.

The warning should apply not only to press photographs but to packaging, political campaign pictures and art photography, the parliamentarian added.