Brigitte Bardot and the Original Paparazzi. An exhibition of rare original vintage photographs 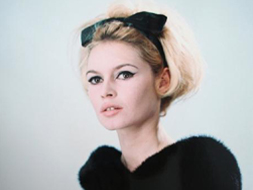 Coinciding with the 75th Birthday of Brigitte Bardot on 28th September 2009, James Hyman Gallery presents an exhibition of 75 vintage photographs by some of the most famous paparazzi photographers.

Presented at the same time as London Fashion Week (18-22 September) Brigitte Bardot and the Original Paparazzi focuses on one of the greatest fashion icons of the twentieth century.

The exhibition includes iconic images as well as rare works that have never been exhibited or published.

Timed to coincide with the 50th anniversary of the birth of the paparazzi, the exhibition traces the development of a whole new aesthetic and genre of photography. Fuelled by an international obsession with celebrity, these rare photographs illustrate the creation of a more candid, intimate and revealing depiction of youth that swiftly replaced the more controlled and posed studio imagery of the publicity machines of the film studios. It shows how Bardot and the paparazzi created a whole new image of womanhood, female sexuality and youth fashion.

Brigitte Bardot and the Original Paparazzi is curated around a series of themes which chart a range of photographic approaches to the subject from the complicit to the intrusive, the posed shot to the snatched moment, the public to the private, the studio to the street.

The exhibition begins with the home of the paparazzi, Italy, and focuses on the work of the two most famous early paparazzi photographers Marcello Geppetti and Tazio Secchiaroli. It then explores the depiction of Bardot both on and off the movie set, from the airports and streets of the world, to her private life in St. Tropez.