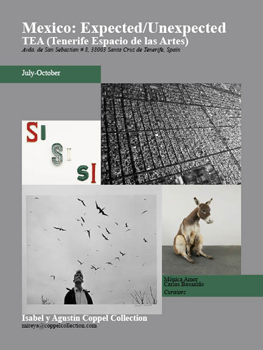 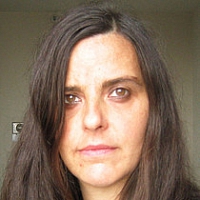 TEA (Tenerife Space for The Arts) shows the exhibition Mexico Expected/Unexpected, curated from works in the Isabel and Agustin Coppel Collection (CIAC).

The exhibition was curated by Monica Amor, with Carlos Basualdo as her main advisor. Basualdo is the curator of Topological Gardens the Bruce Nauman exhibition at the USA Pavilion for the 53rd. Venice Biennial.

The CIAC is one of the most important modern and contemporary art collections in Mexico, and it includes artworks by some major Mexican and international artists.

The curatorial work for this exhibition was based on the inclusive nature of the CIAC collection, regarding the nationality of the artists, which allowed for an exploration of the concept of Mexican culture as it is represented in art and the way in which other proposals—not originated in this country—can be used to exemplify social and political concepts and issues usually regarded as peculiarly Mexican.

Another important reading is the one that arises from the historical coexistence between canonical artists and others who are just becoming mayor figures in the Mexican scene and abroad, such as Tatiana Trouvé, Rivane Neuenschwander, and Terence Koh; artists whose sensibility is strongly related to the one of the Mexican creators.

Mexico: Expected/Unexpected brings together the work of outstanding artists working in Mexico such as Francis Alÿs, Melanie Smith, Gabriel Orozco, Abraham Cruzvillegas, and Damian Ortega, with pieces of others such as Gordon Matta Clark, Lygia Clark, Ed Ruscha, and Helio Oiticica, whose work had a decisive influence in the practice of the former group.

Therefore, the works are organized along two broad axes: on one hand, the exhibition presents a group of works open to the dynamics currently nourishing contemporary art at an international level; and on the other it displays works which are specifically related to a group of Mexican contemporary artists.

While some pieces allow us to establish connections by building typological analogies between paintings, sculptures, videos, and installations that evoke the idea of the "Mexican" through certain subjects such as death, the relation between the city and the countryside, the poetics of crafts, and the uncertainties of everyday life; others suggest iconographic relations which openly oppose fixed notions of national and communitarian identity.

Roughly speaking, Mexico: Expected/Unexpected portrays Mexican contemporary art as a kind of dynamic practice in continuous evolution; one that far from stereotypes, offers a multiple, complex, and unforeseeable picture where tradition and innovation constantly intertwine.

Some of the artists in this exhibition are: