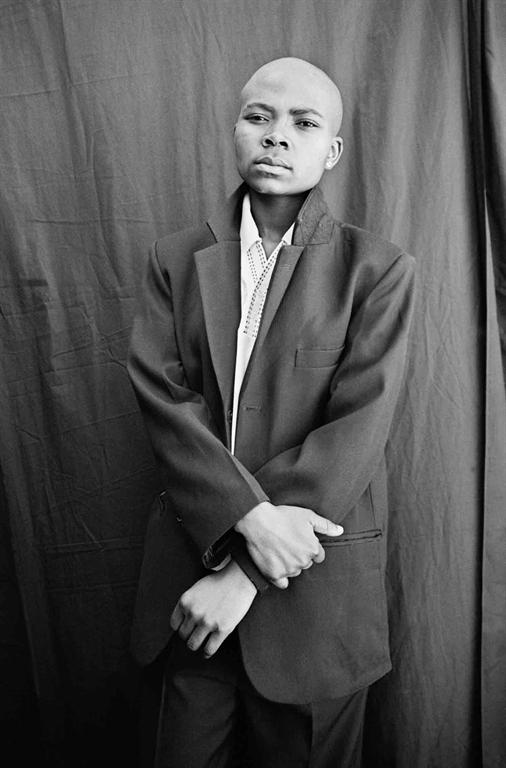 Brodie/Stevenson is pleased to present a solo exhibition of photographs by Zanele Muholi.

Faces and Phases is an ongoing series of black and white portraits that focuses on the commemoration and celebration of black lesbians' lives, and challenges the public's perceptions of female and male identity.

Muholi embarked on the project in 2007, taking portraits of women from the townships to offer positive imagery of black lesbians, who are often featured in the media as victims in the aftermath of episodes of violence. In 2008, after the xenophobic and homophobic attacks that led to the mass displacement of people in South Africa, she decided to gradually expand the series to include photographs of people from different countries.

Collectively, the portraits become an act of visual activism, the photographer's response to the violation, rape and murder of innocents because of their sexualities and ethnicities. Depicting women of various ages and backgrounds, this gallery of images offers a powerful statement about the similarities and diversity that exists within the human race.

In Muholi's words: "Featured in this series are beautiful, young and older human beings from various places: from Toronto to London, Johannesburg and Cape Town. One can't distinguish who is from where or how each person defines her/himself. People are people. Although we speak different languages and we go through many stages, we can find commonalities in the many identities which unfold in parallel in our existence."

The show also includes images from the series Being, a delicate and intimate exploration of the domestic life of black lesbian couples in South Africa, and "Massa" and Mina(h) (2008), a project still in progress based on the life and story of Muholi's mother.

"I draw on my own memories, and pay tribute to her domesticated role as a (domestic) worker for the same family for 42 years. The series is also meant to acknowledge all domestic workers around the globe."

Trained as a photographer at the Market Photo Workshop in Johannesburg, Muholi was the winner of the Tollman Award for the Visual Arts in 2005, received the first BHP Billiton/Wits University Visual Arts Fellowship in 2006 and was the 2009 Ida Ely Rubin Artist-in-Residence at the Massachusetts Institute of Technology (MIT).

In 2008 she had a solo show at Le Case d'Arte, Milan. She showed alongside Lucy Azubuike on Like a Virgin at the CCA Lagos in January/February 2009. She is included on Museion Collection: New acquisitions at the Museion - Museum of Modern and Contemporary Art of Bolzano, Italy (until February 2010), and Rebelle: Art and Feminism 1969-2009 at the Museum voor Moderne Kunst Arnhem, The Netherlands (until 23 August). Recent group exhibitions include S&M: Shrines and masquerades in cosmopolitan times at NYU Steinhardt, New York (2008); Radical Drag: Transformative performance at SAW Gallery in Ottawa, Canada (2008); .za: giovane arte dal Sudafrica at Palazzo delle Papesse, Siena (2008); Make Art/Stop AIDS at the Fowler Museum at UCLA, Los Angeles (2008); and Heterotopias: the first Thessaloniki Biennale (2007)