Brent Stirton - The Last Gorillas of the Congo 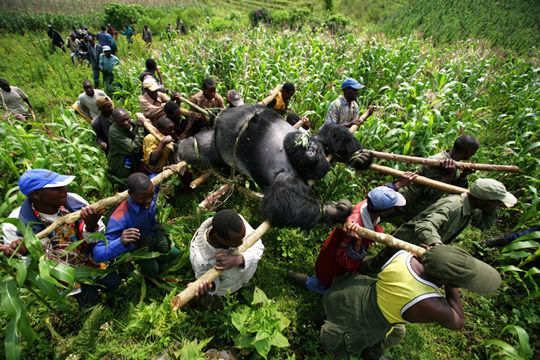 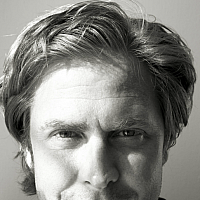 The mountain gorillas of the Virunga National Park live surrounded by violence. Heavily armed soldiers of guerilla warfare, poachers, illegal charcoal makers, all roam the forest poised to destroy what gets in their way. Still a village and the world were outraged when a family of the gentle primates was murdered in cold blood in July 2007. Just over 200 of the extremely rare mountain gorillas, of which there are only 680 in the world, live in the Democratic Republic of Congo, virtually the epicenter of humanitarian crisis and civil wars that have left almost 6 million people dead in the last 15 years. Last autumn a peace treaty was signed, and rangers discovered 5 babies gorillas have been born.

The non-profit charity Fovea Exhibitions will host Stirton's internationally award-winning photo essay through August, documenting the story of the tragedy and the renewal of some of the last mountain gorillas on the planet. The reception will celebrate both Fovea’s second year anniversary and the 2009 Year of the Gorilla.