Signals in the Dark: Art in the Shadow of War Model Arts and Niland Gallery 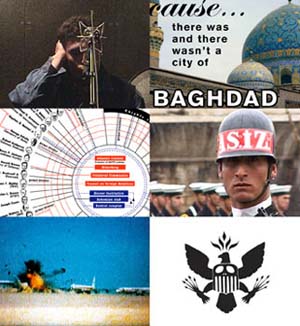 Signals in the Dark: Art in the Shadow of War will open at the Model Arts and Niland Gallery on March 14th 2009 following its successful tour in Canada in 2008. Curated by Seamus Kealy, the newly appointed Director/Curator of the Model Arts and Niland Gallery, and recently of the Blackwood Gallery, Toronto, Signals marks the start of the Model Niland’s ambitious offsite 09 exhibition programme. As a series of artist projects, film screenings, discussions, tours and forums that centre on representations of contemporary ideological and socio-political realities, the large-scale project Medium Religion (produced by ZKM, Karlsruhe) follows Signals in the late spring. While the first project takes a hard look at the profane world of war, the second enters sideways into a provocative discussion on the sacred world of religions. Alongside these exhibitions are a range of Education Programming, Artist Commissions, and Musi c Programming that exemplify the Model Niland’s multi-disciplinary activities. Both exhibitions will be shown in the Model Satellite space at Castle House in central Sligo, a space temporarily occupied by the Model Niland while the main building undergoes a major redevelopment.

Signals in the Dark: Art in the Shadow of War involves international artists who are responding to war and its contemporary representations. Held as an inter-disciplinary project, this project includes an exhibition, an extensive film/video program, a catalogue, and a public forum on the subject.

Investigating the interstices between perpetual war, dominant politics, and military aesthetics, this project confronts issues of global warfare, how it is imaged, and how it is imagined. The exhibition presents artists who are responding to these representations of war through informed critique. While a number of artists produce analyses or outraged expressions arising from their own or others’ experiences of war, other artists challenge the spectacle of contemporary war, its veracity and, ultimately, its intertwinement within a New World Order.

Public Curator Tours will be scheduled throughout the exhibition.

The Model Niland is currently undergoing a major redevelopment, which will see it grow by a third in size, introduce new artists studios, include a new performance space, and expand to a suite of new galleries. The Model Niland reopens in Autumn 2009. To support us, please visit our website.

The Model Niland gratefully acknowledges the support of the Arts Council of Ireland and the Sligo and Borough County Council, and the cooperation of the Blackwood Gallery.