Narelle Autio - The Summer of Us 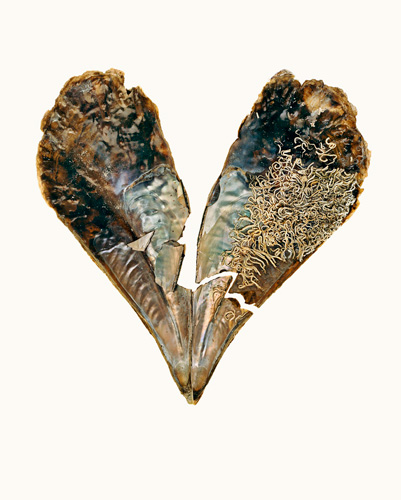 Narelle Autio's vibrant and award-winning images of Australian coastal life have won her impressive national and international acclaim. Since they were first exhibited at Stills Gallery in 2000, her vivid images have also captured the hearts and imaginations of viewers. One beauty of Autio's work is its ability to speak to so many people about their own experience of being Coastal Dwellers. Another is the play of colour and light in the photographs, giving them a magic and painterly quality that transcends the usual depictions of the beach. Autio's images give back to the coastline the complexity, drama and beauty that are eroded by postcards and clichés.

For her new body of work, The Summer of Us, Autio has returned to the ocean, but this time to the shore, to the natural and man-made remnants of long summer days; to a lone pink thong, the skeletons of sun hats and sand-crusted fish. Using large format film, Autio documents her finds, treating each with the same kind attention to detail. Thoughtlessly discarded by its owner, a bottle Reef Oil for example, is resurrected larger than life. Against a clean white background, the glossy promise of this product almost returns to its former glory, despite the all too familiar truth that applying sun lotion at the beach is a sand-caked and unglamorous affair.

Her collection of images introduces us to a lovely continuum existing between manufactured and natural, between ocean and land. Lost gloves slowly grow to resemble five fingered sea creatures and in turn lost sea creatures become curious objects when washed up on the shore. Autio's appreciation for the power and the poetic transformations of the ocean is elegantly portrayed in these works.

In 2002, Autio was chosen as the winner of the prestigious Leica Oskar Barnack Award (Germany), for her series of colour photographs Coastal Dwellers. She was the first Australian to win. This added to an already notable list of achievements including World Press Awards, an American Picture of the Year Award and two Walkley Awards. Autio's Coastal Dwellers was showcased in festivals and Art Fairs in the Netherlands, New York, a number of regional Australian galleries and the FotoFreo exhibition in Fremantle. In 2000, Autio collaborated with Trent Parke to publish a book of black and white photographs of swimmers, entitled The Seventh Wave. The powerful and lyrical images in this series capture the drama and otherworldliness that lies beneath the surface of the water. Autio's works are held in the collections of the Art Gallery NSW, Parliament House Collection, Artbank, National Gallery of Victoria, Australian National Maritime Museum as well as many private and corporate collections.