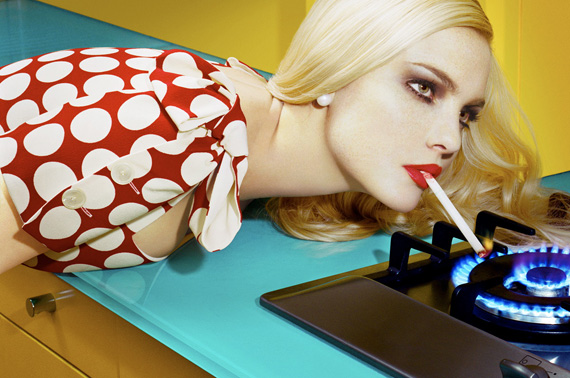 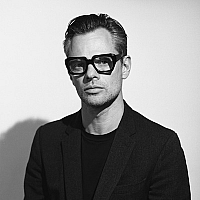 'If the world were pretty enough, I'd shoot on location all the time. But the world is just not being designed with aesthetics as a priority. So I prefer to rebuild it instead of photographing the real one. What I'm trying to do is take something from real life and reconstruct it in a cinematic way.' Aldridge goes on to say 'That's why an hour and a half of an Antonioni movie is so much more interesting to me than an hour and a half of real life. Because it's condensed emotion, condensed colour, condensed light.'

Whilst his father, the celebrated art director Alan Aldridge, was designing artwork for the Beatles, Aldridge was being collected from school by Eric Clapton and photographed by Lord Snowdon. Arguably, he was destined for an artistic life having grown up surrounded by pop art, rock music and amongst his father's accomplices; legends such as Elton John, David Bailey and Eduardo Paolozzi. Having studied at London's Central Saint Martins, Aldridge dabbled in illustration and making music videos before becoming a photographer; and within a few years he was working for W, Vogue and The Face as well as Paul Smith, YSL and Giorgio Armani.

'Aldridge is a dream technician of a high order. Just when the term post-modernism seems quite tired, he gives it a boost by working the line of contradiction with rigor and verve. Aldridge understands that in the post-surrealist world, the world where surreality is reality, there is no strict demarcation between dream and reality, art and commerce, art and fashion, secular and religious, male and female, master and pet, past and present, I and thou. It is, as we like to say now, what it is. It is what it is. All is one.' Glenn O'Brien, Acid Candy, 2008.

Aldridge, born in 1964, lives and works in London. His work has been exhibited internationally in both solo and group exhibitions with pieces residing in many significant public and private collections. Aldridge has published several books of photographs, most recently: The Cabinet, 2007, with an introduction by Marilyn Manson and Acid Candy, 2008, with an introduction by Glenn O'Brien. Miles Aldridge: Pictures for Photographs will be published by Steidl in Spring 2009.