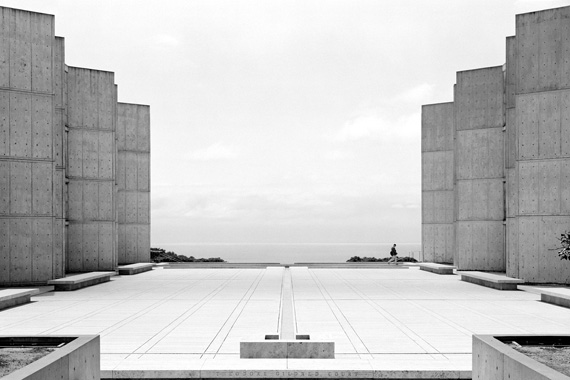 Klaus Kinold is one of the most famous, contemporary architecture photographers. He has documented the buildings of many major architects from Frank Lloyd Wright to Herzog & de Meuron and from Alvar Aalto to Frank O. Gehry. Several protagonists in the field of architecture chose him as their favourite photographer as they felt that he could best convey their work.

Kinold, born in 1939 in Essen, is a fully trained architect - and that is the key to appreciating his work. From his teacher, Egon Eiermann, he learnt how to analyse architectural problems in a clear and matter-of-fact way and to achieve a precision in design which he has transferred to his photographs. "I want to show architecture in its unadulterated form," is his guiding principle. His photographs, in most cases commissions, are unflinchingly clear and objective records. He does not regard architecture as a stage for photographers to create dramatic perspectives or light effects; for him, architecture photography is an explanatory visual aid and documentary interpretation: observing, capturing, understanding, not altering.
It is not the image that makes a statement but the architecture.

Kinold represents the analogue-classical large-size photography without any subsequent manipulation or digital image editing of his work. With very few exceptions, his photographs are black and white, colours
are used very cautiously.

The exhibition on the occasion of Kinold's seventieth birthday shows an exemplary selection of his work on architecture over several decades, supplemented by the corresponding publications. An insight into Kinold's creative style is given by a detailed documentation of one work each by Le Corbusier, Louis I. Kahn, Egon Eiermann and Herman Hertzberger. This is followed by a cross-section of the most important buildings photographed by him. Photos of trips and excursions with architecture students and fascinating panoramic pictures which virtually engulf the viewer, round off this overview of a photographer's reception and working methods.