Edith Bouvier Beale of Grey Gardens : A Life in Pictures 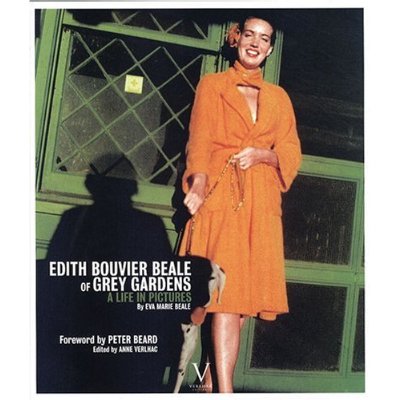 Peter Beard took his first pictures at twelve and photography quickly evolved into an extension of his diaries, as a way to preserve and remember vacations and favorite things. Trips to Africa in 1955 and 1960 piqued his interests and after graduating from Yale, he returned to Kenya via Karen Blixen. In the early 60ies, he worked at Kenya's Tsavo National Park, and acquired a ranch and made it his home base in East Africa. Peter Beard's first exhibit was in New York in 1975. In addition to creating original artwork, Beard has befriended and collaborated on projects with many artists including Andy Warhol, Truman Capote and Francis Bacon. In 1996, after he was skewered and trampled by an elephant, his first major retrospective opened at the Centre National de la Photographie in Paris, followed by others around the world. He now lives in New York City, Montauk Point, and Kenya with his wife Nejma and daughter Zara. Bouvier Beale, Jr., the oldest nephew of Edith Bouvier Beale, was born and raised in New York, Long Island, and the Hamptons. He now lives in Marin County, California with his wife of 27 years, Eva Marie Beale, his daughters Tatiana and Maria, and their two Jack Russel Terriers. He spends most of his time investing in real estate or advising others to do so. Anne Verlhac grew up in western Africa and studied literature and acting before becoming a design instructor and branding consultant. A founding member of Verlhac Editions, she lives in Paris with her husband and young daughter. Eva Marie Beale, born and raised in New York, met Bouvier Beale at the age of 24. The founder of Grey Gardens Collections, an online store inspired by the life of Edith Bouvier Beale, Eva's passions include photography and collecting antiques.