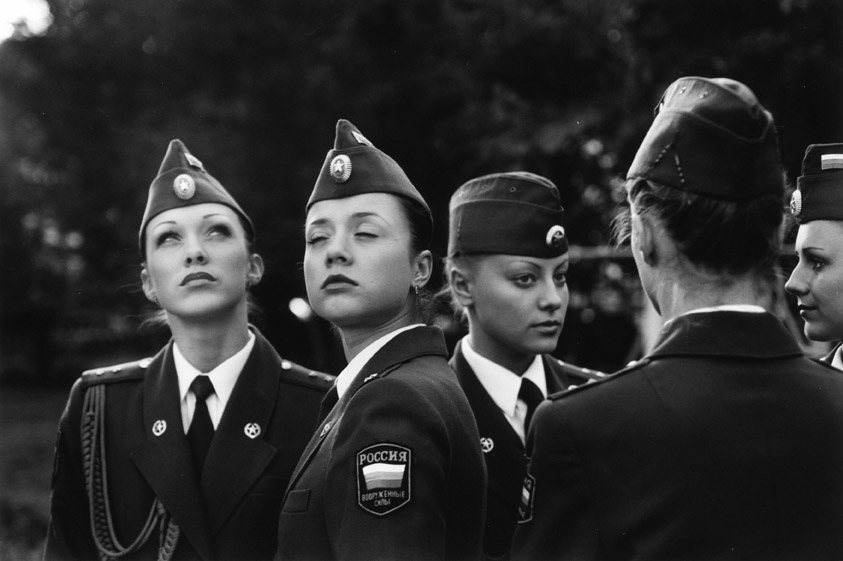 GALERIE VOLKER DIEHL is pleased to announce the first solo exhibition by Olga Chernysheva to be hosted in its rooms.

The exhibition is titled "Caesuras", which means pauses, admissions. A kind of reality we have no time to notice, see, understand. It remains imperceptible. The reality around us is organized in a "caesura" mode. The artist should use all attention and diligence to show at least its part.

However, Chernysheva does not stop simply on any detail, incident or a separate phenomenon. If it was so, it would be a question of a genre photography. Whatever is in focus of her photo or the video camera, she tries to catch a reality in a condition of its transitivity, uncertainty. But the most important thing that any phenomenon of this imperceptible, constantly transubstantial reality is also given in the horizon of integrity of the world. No matter how passing, unessential the phenomenon captured by the artist was at first sight, it exists in the aura of the universe. Transitivity and valuable uncertitude of phenomenon does not contradict their universalism, peacefulness.

It is necessary to understand the artist's statement that, no matter how socially unsuccessful or even neglected her images, landscapes and characters seem, she removes their "finesse". "Finesse" in this context means the fact of persisting life, surpassing social clichés and standard ideas about well-being, culture and beauty.

Chernysheva is one of the few artists who does not dispose "finesse" on any determined surface – body, face, architecture, on transcendental, abstract form of object, in a certain artistic space, or in the nature. "Finesse" in her case acts as a parity between the artist and a reality, reality and people, the person and the artist, people and their existence. It is a parity, in which she both as an artist and as a person is not so much an external observer, but rather an ontological addition to the reality that is necessary for revealing the short-lived completeness of the world. This fleeting experience of completeness is in fact a "caesura" - inexpressibleness of universality of life. (© Keti Chuhrov )

"This exhibition is related to some kind of musical or poetic piece, in which pauses, lacunas and intervals between images are important and structured. "Caesuras" indicates the possibility of completeness, of a certain general structure, a general field. For parity with poetry, again, the caesura is responsible. For me the emptiness in the images are not holes. In a composite lattice there should always be empty zones for thinking about the spaces depicted. A plot of photos, in most cases, is about "sinking". But I am not shooting "the stood while running", caught in the objective, but people who are already in constant immovability, so to say - paused. Besides, no matter how much I shoot on my camera, every time I get the feeling that I missed the main thing and that I just caught something in between. I work with the non-substantive quite conscious. I always thought that a professional photographer shoots events. I am, on the contrary, always attracted by places where an event has already passed or has not yet began. The mission of an artist as I understand it is to find the form, and that means to make the contingency rhythmical. Thus fine arts and sound are brought together. I must always hear a photo." (Olga Chernysheva)