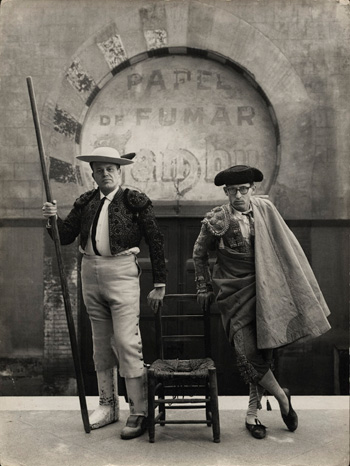 KOWASA gallery has the enormous pleasure of featuring a one-man show dedicated to the Spanish photographer Oriol Maspons. Under the title Oriol Maspons: an unusual photographer, the show's aim is to highlight the more transversal aspects of an author who has always positioned himself ahead of his time and whose visual universe radiates singularity, dare and freshness. A contemporary of Ramón Masats, Francesc Català-Roca, Xavier Miserachs, Colita and Leopoldo Pomés, Oriol Maspons has risen since his very first steps to the front of modernity.

The exhibition Oriol Maspons: an unusual photographer (Photographs 1950- 1970) consists of a unique selection of more than seventy B&W prints, vintage in their majority, all coming from Oriol Maspons' personal archive. From the Carmelo barracks, Las Hurdes and La Mancha to the moments of apotheosis of the Barcelonese Gauche Divine, the hippies of Ibiza and in the particular pinups of his girls dressed in Paco Rabbane, Oriol Maspons' photographs do not merely comprise an authentic chronicle of the alternative and countercultural ambience of Barcelona in the sixties and seventies, but are actual testimonies of an attitude, of what, properly speaking, has been and still is Oriol Maspons: an unusual creator with the ingenuity of a Woody Allen and the provocative yet still entertaining attitude of an Andy Warhol.

Born in 1928 into a bourgeois Catalan family, Oriol Maspons is soon to be enchanted by the photographic culture, but it is not until the mid fifties, while residing in Paris, where he has supposedly moved in order to serve as an intern at the central office of the insurance company he works for, when he decides to launch himself as a freelance photographer. Paris, with its photography Mallorca, 235 - 08008 Barcelona - +34 93 487 35 88 - www.kowasa.com - gallery@kowasa.com clubs, frequented by the big masters (Robert Doisneau, Brassai and Henri Cartier-Bresson), and the young promises of the genre (Guy Bourdin), is a school for Maspons. There, he will not just refine his taste in regard to photography, but will also expand his social horizons, introducing himself with devotion to nightlife, cinema and women -his great passion up to date. It is not surprising that when Maspons "lands" with his flair of modernity on Barcelona of 1956, he literally drops like a bomb. His mundane ideas, which openly reject the academism of traditional photography, revolutionize the waters of the Catalan Photographic Group (Agrupaciò), from where Maspons will be finally expulsed in 1958. But Maspons does not lose his time: he undertakes commercial assignments and occasionally writes on photography for the most important Spanish magazine of the time, Gaceta Ilustrada; he organizes shows, collaborates with Esther and Oscar Tusquets (Lumen Publishers) in the book series "Palabra e Imagen", discovers young talents (among them, Joan Colom), becomes member of the AFAL avant-garde photographic association and wins various awards.

Perhaps, the most significant event of this time is Maspons' professional encounter with photographer Julio Ubiña. Their collaboration starts in 1956 and will last for more than 14 years. The Maspons+Ubiña Studio will undertake various assignments in advertising and fashion, and will provide the images for the covers of the Collection "Biblioteca Breve", published by Seix & Barral. Other works of paramount importance are the book "Torreo de Salón", with text by the renowned author Camilo José Cela (1963), and extensive photographic reportages, such as "Las Hurdes" (1960) and "La Mancha". Contrarily to what is expected by an author of bourgeois origins, when behind the camera Maspons feels a certain attraction for documenting the marginal. The backstreets of Somorrostro (where the Olympic Beach of Barcelona lies today) and personalities of the flamenco world, such as La Chunga, discover their place within his photographic universe. Likewise, his photojournalistic gaze and natural intuition that makes him recognise when it is time to press the shutter, help him capture scenes which reflect the aperture of a rural Spain, still subjugated to Franquism, towards modernity and tourism.

But above all, Oriol Maspons is principally a big chronographer of the human and cultural ambience of Barcelona, Cadaqués and Paris. Personalities such as Dalí and Gala, Marcel Duchamp, Antoni Tapies, Garry Cooper, Audrey Hepburn, Elsa Peretti and many others pass in front of his camera. In the sixties and seventies, Maspons will overcome his last inhibitions, by freeing his personal passions. He will become one of the leading members of La Gauche Divine, the main Barcelona avant-garde movement of the time, frequenting with other artists and intellectuals "Boccaccio", the trendiest club in the city. More provocative than ever, he will register with his camera, from the very first moment, the parties of the hippies in the discos of Ibiza. At the same time, he will initiate his particular photographic collection of spontaneous and daring pin-ups and advertising assignments, in which he will play with humour, innocence and sexuality.

Oriol Maspons occupies an exceptional role in the history of Spanish photography. Challenging any categorization - he detests being called an "artist" - Maspons knew how to make a joke out of photography, decades before the post-modernist discourse invaded the arts. When contemplating his photographs, one has to bear in mind that Maspons is not just a photographer in the conventional sense of the word, but rather a grand connaisseur of the capacity pictures have of transmitting content. But, above all, Oriol Maspons is a man who has always had clear ideas, though apparently his work has never been explicitly engaged with ideological and political issues. Following this, it is of any surprise how, one day, a peculiar idea sprang into his mind. He would wish to friends and clients on Christmas with a series of postcards, which would show his partner Ubiña and himself in comic postures and roles (as bull-fighters or gymnasts), thus bringing into the genre of self-portraiture an unforeseen for his time reflection, without any prejudice against the ridiculous and the burlesque.

The photographs of Oriol Maspons can be found in many private and public collections. Among the most significant ones, are: MNAC (Museu National d´Art de Catalunya), Fundación Foto Colectania (Barcelona), MoMA (Museum of Modern Art, New York) and Bibliothèque Nationale de Paris.