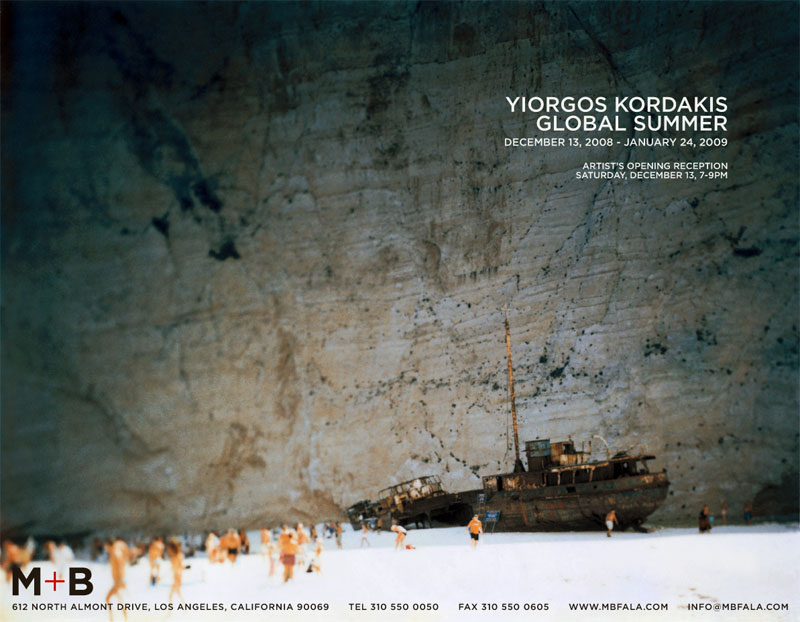 Kordakis is intent on seeing the world with a fresh view, tending to see life emptied out and remote. Approaching the human condition from a distance, he reflects on its unyielding mystery and relationship to all encompassing nature. By choosing just the right place and moment to take his photographs, he conveys both the loneliness and hunger to be part of something greater, perhaps more intense now than ever.  Radiant, hazy and seductive, Kordakis’ pictures hover on the borders of obliteration. They have nothing in common with seaside pictures of frolicking children and bikini clad beauties, but rather have an otherworldly quality, as if the scenes existed outside of time. “I am not a reporter,” he says. “I don't want to make a statement or claim that I was present. I prefer to be a distant observer of our natural tendency as human beings to be attracted by the water."