Julia Kissina I can see something you can't see 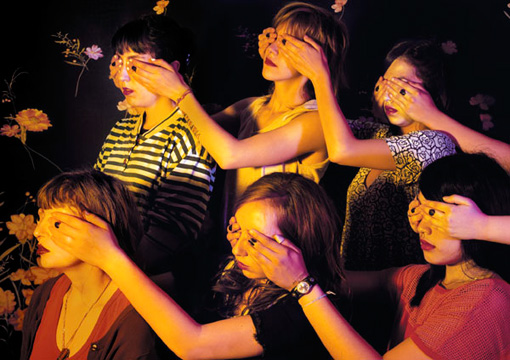 Julia Kissina lets the uncanny swing like a grotesque pendulum from the humorous into homelike cosiness and back again: "I can see something you can't see." Particularly children are being metamorphosed, also by Hollywood directors working in the horror film genre, from their proverbial childlike innocence into small monsters. The genre is built upon suspense in which initially only slightly altered, irrational patterns of behaviour prepare the way for the protagonists' sudden decline, where the uncanny and paranormal have the upper hand. With these images Kissina, already known as a subtle story teller with or without her camera, describes dream and trance states; her artistic roots lie in surrealism and sweep into our contemporary world. Everything is mere parody - or is it not? Something slightly disquieting remains...
Matthias Harder