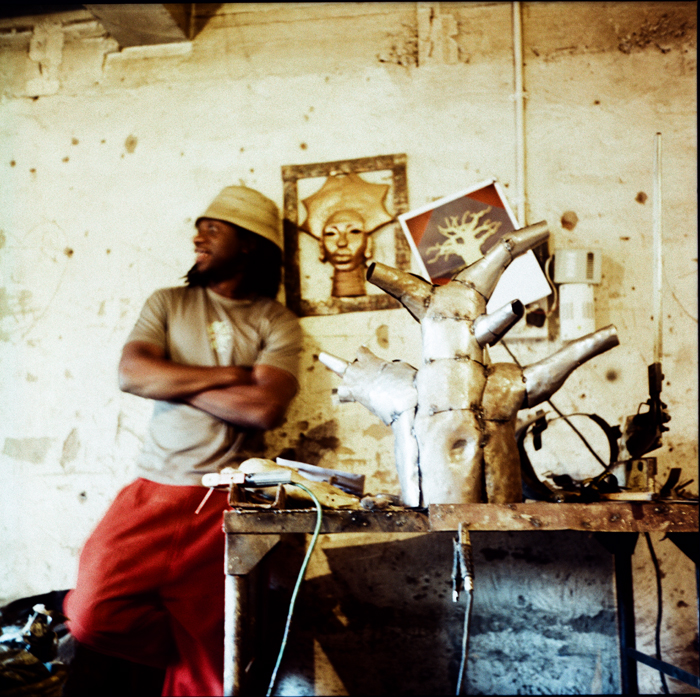 Known for approaching her subjects in a manner that is equal parts personal, technical, and intense, Ayana V. Jackson's images provide viewers with a compelling glimpse of a human condition that overflows borders.

At first glance the images appear to be simple reproductions of everyday moments or snapshots, but they are more than pure mimetic expressions. Charles Cooley, whose sociological approach was formative for the artist, suggests that we develop our idea and organization of our self through the eyes of others, the Looking Glass Self.

Ayana V. Jackson is defining her work as an exploration of the individuals interaction with society. She says: At the same time that I capture individuals in their own space surrounded by their own environment, my choice of one person/image over another is based on my ability to find visual indicators of shared experience and common influences. In this way the images reflect a transnational or borderless community to which I feel a member.

So in a sense she is implicit in the images, like two sides of a medal; interdigitating. The varied forms of representing Self are in conversation with each other. In portraiture, Attire/Costume, posture/pose, and environment/backdrop work as broadcasting signals, or codes to be interpreted.

Some images reference African American portraiture from the early and mid 20th century where the preoccupations of an aspiring class are made visible in the image composition. Others present visual indicators of the transcendent nature of hip hop and globalized youth culture.

By overexposing her film her images take on the impression of another time affording them a strange dramaturgy consistent with the portraiture of studio photographers James Van der Zee and Malick Sidibé despite the fact that Jackson displays her protagonists in their own space.

In a series of single portraits, which reference The Thinker, Ayana V. Jackson concentrates on faces, gestures and activities as well as on individual charisma. Her protagonists are talking through pictures and the dialog of the Looking-Glass Self takes place between the artist and the portrayed person.