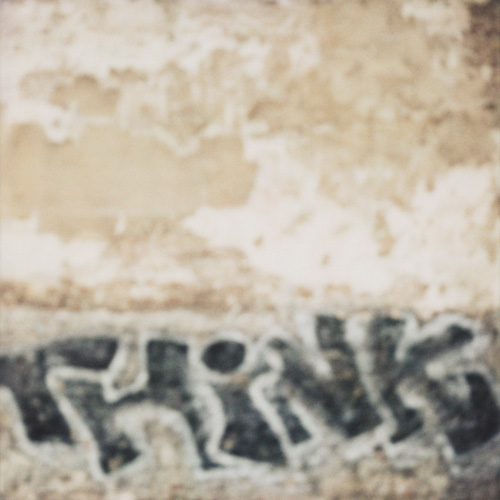 After the exhiliarating grand opening of Billirubin Gallery in the summer of 2007, photographer and artist Philip Glaser is now exhibiting the second part of POLAROID SX70. The new series of works are centered exclusively around TAGS as a derivative, and the origin, of modern graffiti art. The exhibition will open on August 2 and can be viewed until October 4, 2008.


POLAROID SX70
Before his death in the early Seventies, twentieth century photographer Walker Evans intensively devoted his time to Polaroid SX70 - the resulting artwork would be his last.
Fundamentally comparable with Evans' project of 1973 Philip Glaser focuses his latest Polaroid work on the fixation and separation of symantic symbols, so-called TAGS, within the boundaries of a societal dimension. Just as each and every TAG, Polaroids represent a unique signature work and a piece of art that is the expression of a specific photographic attitude. In strong opposition to digital photography, Polaroids incorporate pastel colour nuances as well as smooth contrasts and analogue grain that are unique to its kind. No other photo medium presents such fragile and haptic sensation like Polaroid SX70.


PHILIP GLASER POLAROID SX70 WORKS#2
BERLIN TAGS
Philip Glaser on his work BERLIN TAGS:
"TAGS are the origin of modern graffiti and have always fascinated me, especially because I was to personally witness the late prime-time of TAGS as well the main phase of classical graffitis in early-Eighties New York. I remember the common picture of subway trains covered in TAGS spreading symbols and gang-messages as they rattled through metropolitan New York, the mother of todays metropolis. Eventually gaining art status, graffiti was domesticated. Today, as a result, urban graffiti art is subsidised and cultivated almost academically. TAGS, on the other hand, have remained unchanged in their rudimentary impetous. Common simplistic name-signatures and symbols of the Seventies, such as TAKI183 or VO73, are still sprayed as territorial demarcation lines of human existence."


Working on Berlin TAGS over a period of two years, Philip Glaser has found a socio-culturally nurturing ground in Berlin which is similar to the New York of the early Eighties. While he began his project in an attempt to include classical graffiti, the artists images soon turned increasingly basic until, eventually, graffitis in his work represented little more than distant and opposing relatives to TAGS. Nonetheless, the objective of Berlin TAGS was not a sociological study of society; rather, the exhibition is a artistic interpretation of the strong aesthetic appeal portrayed in this unique form of expression. As symbolic valuesis attributed to the parallel rise of TAGS and Polaroid SX70, more importantly, the opposite social ends of the societal spectrum of the early Seventies are documented. While TAGS embody the rise of the subcultures, Polaroids mark the incarnation of high-end consumerism. The exhibition materialises these contrasts and establishes an exciting and admirable connection between the two.

PHILIP GLASER POLAROID SX70 WORKS#2 BERLIN TAGS can be viewed from August 2 to October 4 at the Billirubin Gallery in Berlin.