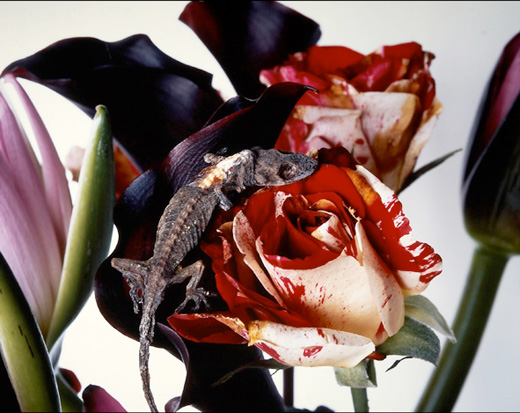 Nobuyoshi Araki is undisputedly one of the most radical and influential photographers of our times. In his oeuvre he has been exceptionally productive and innovative and is regarded as one of the most important figures in current art sphere far beyond the area of photography.

In the last 40 years Araki has published around 350 photo books. In his native country has long been a media star. His enormous fame in Japan at the beginning of the 1990's was accompanied with increasing international interest. In the last ten years Araki's work has been presented in a number of exhibitions in Europe.

Nobuyoshi Araki, taboo-breaker, photo maniac, innovator and "genius ararchy" resists any attempt at being classified in the standard categories of art, reportage or advertising.
His photographs of women in bondage made him internationally famous but also gave him the reputation of being a pornographer. "I tie up the women's bodies because I know that I cannot tie up their heart. They only allow their physical selves to be bound. In a certain sense, tying women up is equivalent to embracing them, caressing them," says Araki himself about his motives. And a bondage series, just like any other portrait shot, is the result of a "Ménage à Trois" in which all participants - photographer, camera and model - take an equal role. In any case Araki sees himself less as an erotomaniac than as.