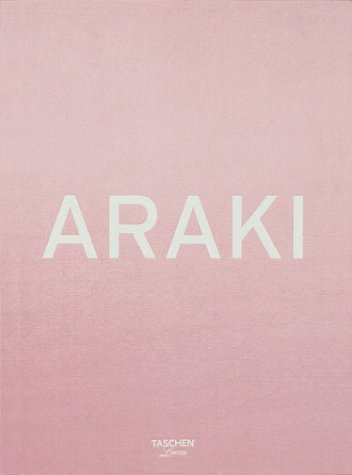 Présentation de l'éditeur Trilingue : Allemand, Anglais, Français Après le succès du SUMO consacré à Helmut Newton en 1999, TASCHEN rend un nouvel hommage à de grands photographes contemporains dans une collection de livres exceptionnels. ARAKI ouvre le bal ; c'est une rétrospective de presque 1 000 photographies du maître japonais limitées et signées à 2500 exemplaires. Book Description ARAKI TRIBUTE TO LAUNCH NEW TASCHEN LIMITED SERIES “I was no sooner out of my mother's womb, than I turned around and photographed her sex!" The subject of the first volume in our new TASCHEN Limited series is Japanese photographer Nobuyoshi Araki, a man who talks about life through photographs. Araki's powerful oeuvre, decade's worth of images, has been pared down to 1,000 photographs to comprise the ultimate retrospective collection of his work. This volume, titled Araki, is an enormous and highly unique book with a print run of only 2,500 signed and numbered copies worldwide. Known equally for his intimate images of women, often bound in kinbaku, the Japanese art of rope-tying, and for images of brilliant, sensual flowers, Araki is an intensely emotional artist who uses photography to experience these passionate feelings more fully. Obsessed with women, Araki seeks to come closer to them through his work, using ropes like an embrace, and the click of the shutter like a kiss, creating provocative images at once shocking and mysteriously tender. He said of this collaboration with TASCHEN: "This book will expose everything of myself. It is a testament which reads: photography is love and death." About the author About the photographer: Nobuyoshi Araki was born in Tokyo in 1940 and was given a camera, at the age of 12, by his father. He studied photography and film at Chiba University and went into commercial photography soon after graduating. In 1970 he created his famous Xeroxed Photography Book, which he produced in a limited edition and sent to friends, art critics and people randomly selected from the phone book. Over the years, Araki's bold unabashed photographs have been the object of a great deal of censorship, especially in his native Japan, a fact that has not hindered him or diminished his influence in the least. To date, Araki has published more than 250 books of his work. TASCHEN's Araki is the most comprehensive and lavish volume yet. About the Author: Jerome Sans is currently the Associate Director of the Palais de Tokyo Contemporary Art Center in Paris. He has mounted many exhibitions in France and abroad as an independent curator. Some of his recent projects include "Le Printemps de Cahor" Cahor, France (1997 – 1998), "Taipei Biennia l- The Sky is the Limit", Taipei Fine Arts Museum (2000), among various projects in Asia dealing with Asian artists. He has been the Adjunct Curator at the Institute of Visual Arts, University of Wisconsin (Milwaukee); editor of Gallery Magazine, and will be the commissioner for the French Pavilion in the next Venice Biennial. He is also a board member for the Benesse Prize of the Venice Biennial. Jerome Sans has worked previously with Araki in "Le Printemps de Cahor" (1998).