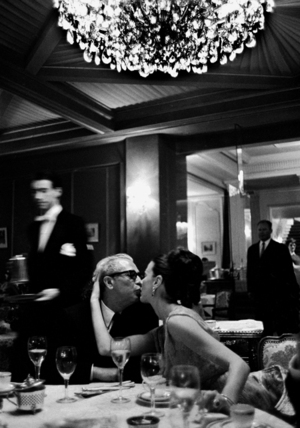 "If you are lucky enough to have lived in Paris as a young man, then wherever you go for the rest of your life it stays with you, for Paris is a moveable feast.' - Ernest Hemingway

Celebrated photographer, I.C. Rapoport, was one of those lucky young men. What makes that terrific news for us is that he brought along a camera.

On Saturday, May 31st, 2008, Parisians will have the great pleasure of discovering a selection of these exceptional images when his exhibit “Paris est une Fête” opens at the Galerie Simoun.
Capturing a myriad of beautiful moments, both grand and personal, Rapoport’s show plunges us back into Paris of the 1960’s and 70’s.

I.C. Rapoport’s photography reminds us of how crucial photojournalism was during a century of immeasurable change and uncertainty. Rapoport’s lens has captured the anxiety, the expectation and most importantly, the beauty of his generation’s relationship with the photograph. There is a frankness to photojournalism that seems fresh and unadulterated – these images are incredibly intimate. Rapoport represents one of the last voices from his era. His work stands as a testament to an honesty that we recognize, in an era of digital alteration, as becoming increasingly important and increasingly rare.

Mr. Rapoport, traveling from the United States for this event, will be giving a talk at 4pm, prior to the opening on May 31st. He will share vivid stories about his experiences in 1960’s Paris. This rare encounter with Mr. Rapoport, coupled with the opportunity to view his iconic photographs in a Parisian setting, assures that you will remember the experience for a long time to come… proving once again, that Paris is indeed, ‘a moveable feast.’