Francesco Patriarca Walking Among the Art 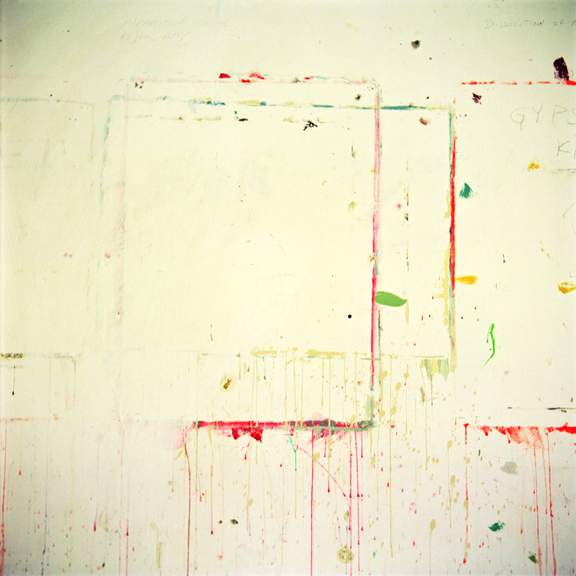 ‘walk among the art of Francesco Patriarca' is an exhibition that opens at the M'ars Gallery in Moscow on December 6,2007. The exhibition will be installed by the artist and it aims to recreate a parallel path of Patriarca's work of the last 6 years together with the space of the gallery. Each of the 6 rooms of the M'ars Gallery will be dedicated to a different series of work. Each room is an installation related to a place that has been the subject of the artist's research in the past years such as: l'appartement(2004),the accona desert(2005), fourth wall(2006), twombly studio(2005), pyramid project (a site specific project in Tirana with the collaboration of the National Gallery of Arts) in 2008. Patriarca's photographs distill the remembrance of things past without any of the soupy navel-gazing to which similar pictorial peregrinations often fall prey. Images such as "L'Appartement 5" and "L'Appartement 20" show the stained silhouettes of once-hung pictures on the wall as if so many disembodied fossils. Patriarca sheers nostalgia of its tearfulness by shooting it through a prism of pragmatism. Patriarca injects the wistfulness of subject matter with the matter-of-factness of intelligent technique. Patriarca shoots with old 35 mm cameras from the 1950s and '60s because he likes the faded colors worked by yesterday's lenses. What might result in the deep, hazy wishfulness of an image, though, is undercut by the fact that he mounts the photos on flat aluminum surfaces. The photos float in the galleries at Goss, frameless and ethereal. Patriarca strikes a subtle balance of opposites in placing the photos on flat industrial surfaces. As with Warhol's silkscreens of celebrities from the early 1960s, the flatness of the photos makes them unimpaired by the pretense of false expressivity. At the same time, however, they are ghostly and haunting images suggestive of an unconscious world. Their titles imply a nonchalant descriptiveness that similarly runs counter to the would-be emotionality of the lifelong memories they distill. "L'appartement 20" is an off-white image of brownish-black variously scaled squares on a wall. They create a geometric wall pattern out of the stains left by pictures that once adorned the wall. "L'appartement 11" is a close-up image of a hole rent in the crackled brown leather of an old armchair. Using numbers to title these fragmented forms makes the images specimen-like rather than emotion-laden mementos. The numbered titles substantiate the cool disinterested calm of the photos, yet the photos are not mere reportage. "L'appartement 5" shows a small circle flanked by two right angles, all of which are the formless reminders of a teeny tondo and other accoutrements that once sat on the wall. Their slivered quality delivers abstraction in form that is narrative nonetheless. (charissa terranova, from ‘shodow remains', dallasobserver march 2006) Et ce sont “ces lambeaux d'ames enfouis dand l'imaginaire' que les photos de Francesco Patriarca font ressurgir. Les tableaux,les ornements ne sont plus là. Seuls restent les traces des cadres sur le murs,les taches, les accidents de la surface, des clous. (liberation, 2005) Tels des reminiscences proustiennes, les objects, les textures, les meubles nous racontent quantitè de souvenirs qui, photographiè, semblent tenue ‘hors de la morsure du temps ‘ (l'officiel par Jennifer Eymère)