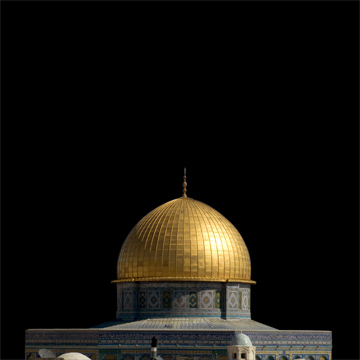 Please join us on Thursday, November 29 for the opening reception of "After Mars" by Tamir Sher, proudly presented by Point of View Gallery. After seeing images taken by the recent space shuttle to Mars, Tamir Sher was inspired to take a planetary perspective of his hometown, Tel Aviv. The result was AFTER MARS, a collection of photographs that tell us about a world capable of changing completely and about the moments of awe that follow. In part of the collection (originally entitled, “Mars”) Sher's photos explore how we might appear to creatures from another world, rather than how they might appear to us. In one photograph, we see Jerusalem's El Aksa Mosque erupt out of the blackness, appearing suddenly within both day and night. In the other half of the collection (entitled “After Mars”), Sher takes scenes from childhood – the moments of wonder and amazement at the world – and removes them from their romantic background. Instead, he gives them an intimidating touch that is both sublime and innocent to reflect the way we might ponder our world's changes. Light floods these candid shots, presenting each child as otherworldly and one that humanity may depend on as a potential savior. Sher was born and raised in Israel and currently lives in Tel Aviv. He grew up on a Kibbutz in Northern Israel, named Kfar-Masarik. He studied photography at Camera Obscursa in Haifa and was a photographer in the Israeli army for three years. His work has been shown in both group and solo exhibitions internationally and is included in several private collections. "After Mars" opens on Thursday, November 29, from 6-9PM at the Point of View Gallery.