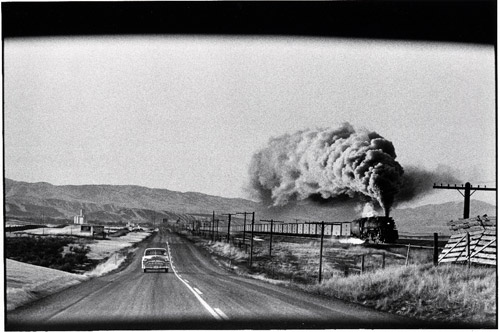 The famous Magnum photographer Elliott Erwitt is one of the most popular photographers of our time and narrator of brief, enthralling moments. Erwitt's specialty are the comedy and drama he finds in seemingly trivial situations. His humouresque black and white images are world famous; dogs and children are some of his favourite subjects. SEEN & UNSEEN is an exhibition showing nearly 100 images - icons as well as previously unpublished works: ordinary people and world stars like John F. Kennedy, Marilyn Monroe and Che Guevara in private moments. Erwitt about his own work: "Making people laugh is one of the greatest achievements. The very greatest, however, is to make someone laugh and cry at the same time!" Erwitt was awarded the renowned Lucie Award for his work on November 15, 2007. Born in 1928 as the son of Russian immigrants in Paris, his family emigrates to the US in 1939. Erwitt begins his work as a photographer in New York in 1950. In 1953, Robert Capa invites him to become a member of Magnum. In the 70s Erwitt produces films, in the 80s satire- and comedy-shows. Using his exceptional talent, Erwitt works for magazines, corporations and advertisements, creates his books and exhibitions. He lives in New York.