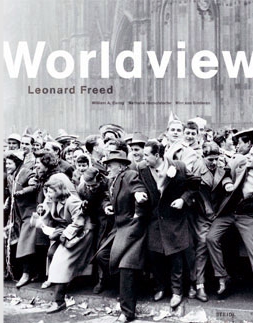 Leonard Freed is one of the twentieth century's most prominent documentary photographers. His photographs have graced the covers of major newspapers and magazines around the world on numerous occasions. A member of the Magnum cooperative, his work is considered a milestone in what has been aptly called “concerned photography”. This book spans his full fifty-year career, including his coverage of the Israeli-Palestinian conflict, the American civil rights movement, the period of post-war German reconstruction, and the Romanian revolution. Among other highlights is a selection of work from his famous project on the police, which culminated in a landmark publication, Police Work. Freed's vision is sharp, insightful and critical, but always deeply sympathetic to his fellow human beings. Freed has made a point of steering clear of easy sentimentality without giving way to its opposite — heartless critique; the often tender moments he observes are thus tinged with life's harsher realities. 256 pages, 200 tritone plates 24 cm x 30.5 cm Clothbound hardcover with dust jacket Steidl & Partners